Paul George is taking his talents to OKC 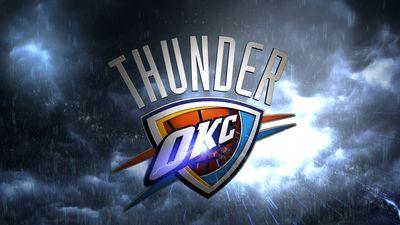 The Oklahoma City Thunder have acquired a key asset for the upcoming season.

Paul George has been the center of trade rumors ever since it was reported that he told the Indiana Pacers of his plans to leave next summer via free agency. Finally, the rumors have stopped and a trade has been made. George was linked mostly with the Boston Celtics, Houston Rockets, Cleveland Cavaliers, Los Angeles Lakers, Washington Wizards and more. So, who was he traded to? None of the above- the Oklahoma City Thunder swept in out of nowhere and grabbed George for the cheap price of just Victor Oladipo and Domantas Sabonis.

George will now play second fiddle next to reigning NBA MVP Russell Westbrook, this being the first time in his career that he hasn’t been the top option. He is best suited to be a number two guy thanks to his all-around skills, having no real weaknesses. He and Westbrook should make for a very interesting duo that will definitely be fun to watch.

How the Thunder choose to go about the rest of the offseason will be very interesting, especially if they explore trading backups with large salaries like Enes Kanter. This move likely makes them a much more intriguing destination for veteran free agents who can help fill holes in the Thunder roster.

Thunder fans should be over the moon about this trade. Because at last year’s draft, the Thunder were trying to figure out what do with Serge Ibaka, a player with one year left on his contract. They ultimately traded him to the Orlando Magic for Victor Oladipo and the 11th pick, Domantas Sabonis.

For Pacers fans, this has to be disappointing. Everyone knew that George’s trade value had fallen significantly and the return on a trade would be underwhelming, but this is concerning. Oladipo is a fine player, but that’s it- fine. He just signed a contract that will pay him eighty million dollars over the next four seasons, too much for a player who hasn’t proven to be capable of becoming anything resembling a star. And Sabonis, the 11th pick in last year’s draft, didn’t show much either.

The Pacers will now enter a rebuilding phase with limited resources. Their only true cornerstone is young and promising big, Myles Turner. Around him, they have incoming rookie TJ Leaf and the aforementioned haul of Oladipo and Sabonis. Expect the Pacers to be near the bottom of the Eastern Conference standings next season.

Another ripple effect of this move is that it heavily increases the imbalance between the Eastern and Western Conferences, as yet another Western Conference team gains strength and another team that has been a perennial Eastern Conference playoff team in the past will now enter rebuilding mode. This is huge news for teams like the 76ers, Heat and Hornets, who all have a great opportunity to climb into the postseason. ESPN ranked the top 200 players in the entire NBA last winter. Of the top 14 players, only one is in the Eastern Conference. That player, though, is number one…LeBron James. The imbalance growing stronger will likely deter prized free agent Gordon Hayward away from the Utah Jazz, encouraging a move to Miami or Boston.

James’ Cavaliers must be relieved that George didn’t get dealt to Boston, as George would make the Celtics a formidable opponent in the East for the Cavs. They are now less likely to pull off a big move, as they probably feel much safer about their odds of reaching the NBA Finals for the fourth consecutive season.

In the most shocking trade since, actually, just two days ago, the Thunder just landed themselves a second star, but quite possibly for one year only.