Nick and Dante Gazzola (‘19) commit to Wilkes University for football 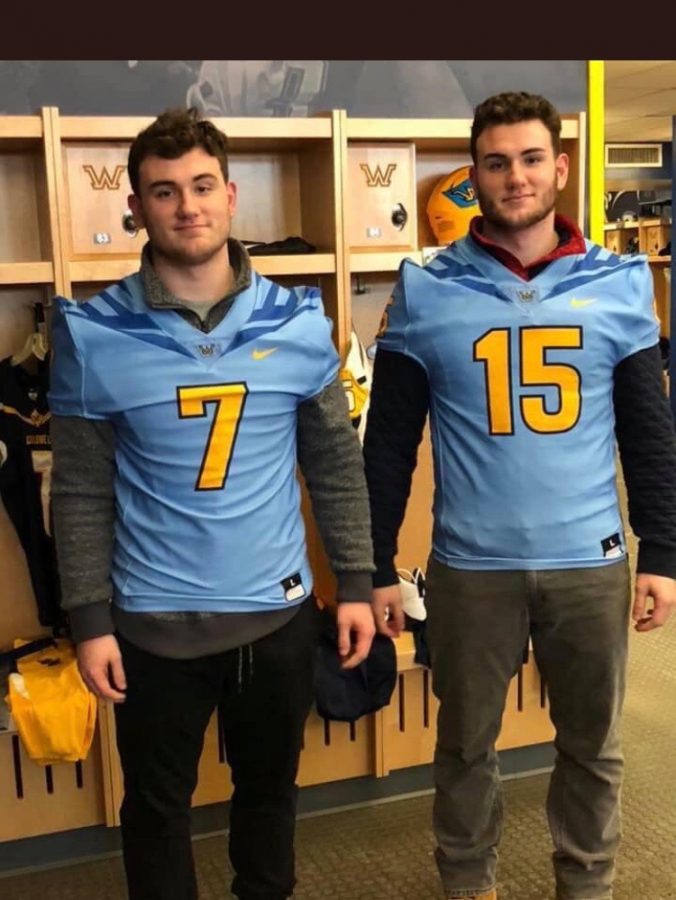 The Gazola brothers will continue to play together throughout their college football careers.

For many athletes, the final chapter of their high school career is often followed by the end of their sports story playing highly competitive sports. However, Nick and Dante Gazzola’s (‘19) story is still being written as they look forward to begin playing college football at Wilkes University.

“Football has taught me to always work hard for what you want and to be disciplined,” said Nick Gazzola.

From before he was even born, his twin brother, Dante, has been right alongside him. Not many people are given the opportunity to play a sport with their twin. Yet for these two brothers, they could not imagine it any other way.

“Nick is very fun and we read each other very well on the field and we always motivate each other to work harder,” said Dante Gazzola.

Although the football season at East can be quite difficult, it never hurts to have someone that you have a real connection with to keep you going.

Throughout their long season of battles through games, the boys practiced every day after school and on the weekends, only taking a break on Sundays. The boys managed to go to the gym together as much as possible, trying to help each other get better in any way possible. Piled up on top of the hours of practice, the boys juggle their mix of AP, honors and other classes throughout their four years at East.

Dante and Nick are unique in that they do something that very few do in college football: they can play both offense and defense. Dante has been a fullback and linebacker and Nick has been a running back and linebacker. A lot of pressure rests on their shoulders during pivotal moments of the game.

The skills and game plans learned throughout the season are things that any player could master, but the relationships and connections the two created are unique and will stay with them forever.

“The bond you form with teammates is very special because you share pain and success, but at the end of the season you are all very close,” said Nick Gazzola.

Playing sports is often synonymous with battles, and teammates frequently see each other as soldiers fighting for a victory, a victory that is not held by any one person but by everyone who fought hard to overcome their own faults as well as to overcome the opponent.

From Cougars at East to Colonels at Wilkes University, the Gazzola twins are prepared to join yet another team, to create new memories and battle on the gridiron. However, first and foremost they will be side by side making sure that their brotherly love is never defeated.