Maddy Cicha commits to the University of Louisville for rowing 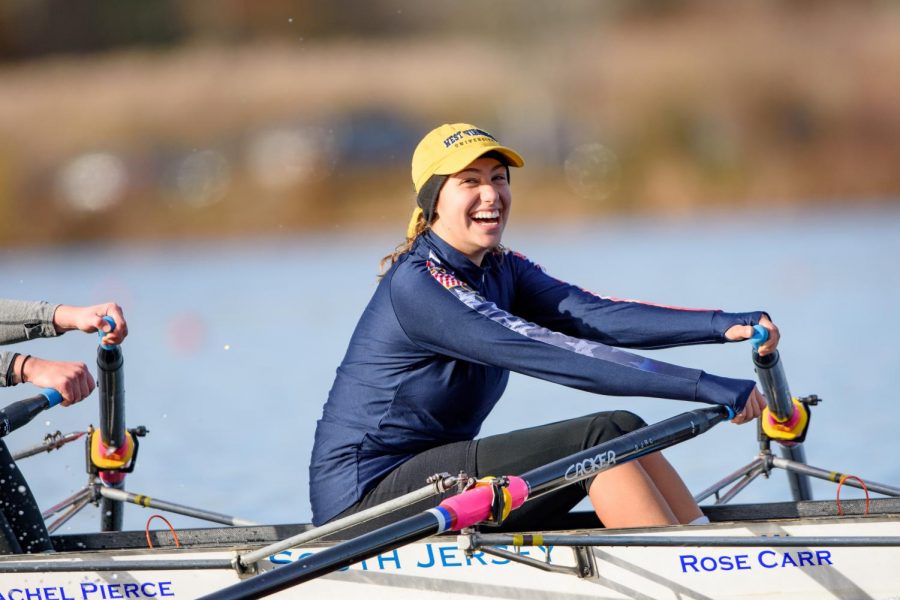 Maddy Cicha (‘19) committed to the University of Louisville on Tuesday, October 9th for rowing.

Cicha began her rowing journey in seventh grade after being encouraged by her friends and parents. Cicha currently rows for South Jersey Rowing Club, and is very excited to continue her beloved sport at Louisville. Her schedule is extremely busy, having practice from Tuesdays to Fridays from 4-6:30 p.m. On Saturday mornings, she typically has long practices from 6 a.m. to as late as 10:30 a.m. On Sundays she has off, and on Mondays she is expected to row at home on her own. Although this intense rowing calendar might seem a bit extreme, Cicha loves every second of it.

“Rowing is enjoyable because the people around you influence your attitude” Cicha said. “The coaches are really good [at Louisville], and [her] new school really preps the students for the future.”

Her rowing became competitive her freshman year and has been winning awards ever since. In recent competitions, Cicha has competed in the single races, and finished 13 out of 61 competitors in a tournament. She also received an award for being fourth out of 13. Her upcoming regattas include Head of the Charles Regatta in Boston, MA from October 19 to October 21, Head of the Schuylkill in Philadelphia, PA on October 27 and 28, and two other upcoming regattas. Cicha has committed to row for Louisville because she loved the feeling she got from the school. Cicha received other college offers, including Duquesne University, the University of San Diego and Sacramento State, but the nature of the University of Louisville gives her exhilaration for her college journey.

“I’m super excited to move on to the next level,” Cicha said.

She fell in love with Louisville so quickly that she cancelled her visit to George Mason University because she had already committed to the University of Louisville. Her club team helped her get to the next level in order to succeed in the future.  Since her schedule is so busy, Cicha really gives credit to her parents who encourage her to get better and persevere.

Also, her coaches get a lot of credit for Cicha’s success.

Cicha’s teammate Sophia Gross (‘19) says “The rowing community is another reason why Maddy loves rowing so much. She has met so many great people through this sport who have helped her succeed and become a better person, overall.”

She loves that she can see her own progress in rowing and the fact that she gets an award shows her work is worthwhile. The University of Louisville is also high quality in terms of academics, as it is ranked 171 in the country by the U.S News & World Report’s 2019 edition for its undergraduate program.

Gross says, “Maddy balances her time very well. No matter if it’s school, work, or rowing she gives 110% in everything she does.”

Cicha is extremely excited for her next four years at Louisville, and her dedication to rowing made her journey admirable.