Looking back at the 2019 East vs. West baseball game 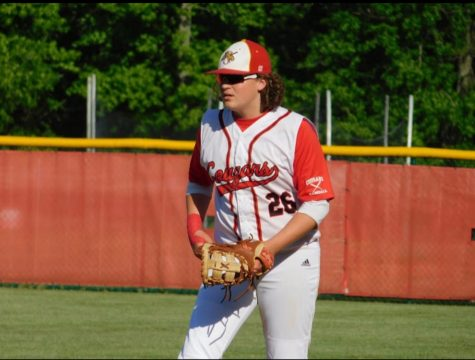 2019 was more than just a year to remember for the East Baseball team. It was a year that saw accomplishment after accomplishment after accomplishment come in for Coach Speller and the Cougars in his first year as head coach. Their fantastic season led to him earning Coach of The Year in South Jersey, and many players earned awards, such as Alec Rodriguez (‘19) and Ellis Schwartz (‘19), who were named First Team All-Conference. One game stood out in this historic season from the Cougars, and it wasn’t a playoff game. It was their matchup with the #1 ranked team in the state at the time and their cross-town rival, Cherry hill West.

The game was played at East with a large crowd and loads of pressure. Both teams were having great seasons, with East entering the game 11-3 on a 4 game win streak and West entering the game 14-0 and not looking close to losing anytime soon. But going into the game, there was a feeling that undefeated record and the 14 game win streak could be snapped with West playing an East team that was playing their best baseball in years. Both were competing for Conference and state championships, making this a must win for both teams.

The game didn’t start off so great for the Cougars. After 3 innings East was down 3-0 and wasn’t really getting anything going offensively. West’s starting pitcher Eli Atiya (‘19), now a pitcher at Rowan, was pitching a great game and it wasn’t looking good for East. He would eventually have to be taken out after throwing 10 strikeouts, allowing 0 earned runs, and throwing 98 pitches. It wasn’t until the 6th inning that East scored a run, and at that point it was 4-1 heading into the 7th, but that’s when things got interesting.

Nate Bristoe (‘19) shut down West in the top of the 7th to keep it a 3 run gap for the Cougars to make up in just one inning. A comeback seemed improbable and the feeling was that West would move on to 15-0 and hold their #1 ranking in the state. But East had other plans. They would close the gap to 1 run, making it 4-3. Joey Wright (‘19), now a sophomore at Immaculata University, was at the plate in the bottom of the 7th with the bases loaded, two strikes and two outs. Wright had the two strike approach because a strikeout would end the game.

“When I had 2 strikes on me the last thing I was gonna do was strikeout so I had to make contact and put the ball in play and make them make the play,” he said. With that in mind and the pitch on the way, Wright threw his bat into the strike zone and drove a ball to the shortstop. The shoulders of the fans sunk and the heads of the players went down as the shortstop fielded the ball and prepared to throw. Wright ran as fast as he could to first praying for a miracle on the routine play. The runner on third crossed home but that run wouldn’t count if the play was executed by West. Just when everyone thought the game was over the ball was thrown short and outside, giving the first bassemen no chance to make a play and thus allowing two runs to score, making the game 5-4 East. The Cougars had completed the comeback and pulled off the miraculous upset over West, improving their record to 12-3 while spoiling West’s undefeated season. Everyone ran after Wright, who was running around the field celebrating the victory.

According to https://gregstoll.com/~gregstoll/baseball/stats.html#H.-1.9.0.1.0.0, West had a 96.67% chance of winning going into the bottom of the 7th inning. It wasn’t going to be an easy win for East, and it may have been the most difficult game to win possible, but they pulled it off.
“Fortunately for us they couldn’t make the routine play. I saw the bad throw and I knew he was scoring and I just went crazy,” said Wright. Wright was having a wonderful freshman season at Immaculata prior to the COVID-19 outbreak, starting in 12 of the 13 games he played and finishing third on the team in hits with 12. He also had a batting average of .300, finished second on the team in runs scored, and hit a grand slam for his first collegiate home run against Kenyon. He hopes to build off that in his sophomore year, and his winning attitude will help that. “It took everything our team had to come together and win.”

The game was a great learning experience for Josh Janove (‘22), who was a freshman at the time. It gave him a perspective of what it takes to win big games. “I think it helped prepare me for the intensity that I need to have with every game. I didn’t know how intense these games are and I think that experiencing it like I did was a great way to learn from the seniors and prepare myself for the future,” said Janove. “Even though I didn’t directly do anything, it was still great to experience that as a freshman and to see truly how competitive varsity baseball is. Any walkoff is exciting but it makes it so much better against a rival.”

East wouldn’t lose another game that season until the South Jersey Group 4 final against Eastern. The season will go down in the record books, and it’s something that can be looked back on when discussing the Cherry Hill East baseball program for years to come.