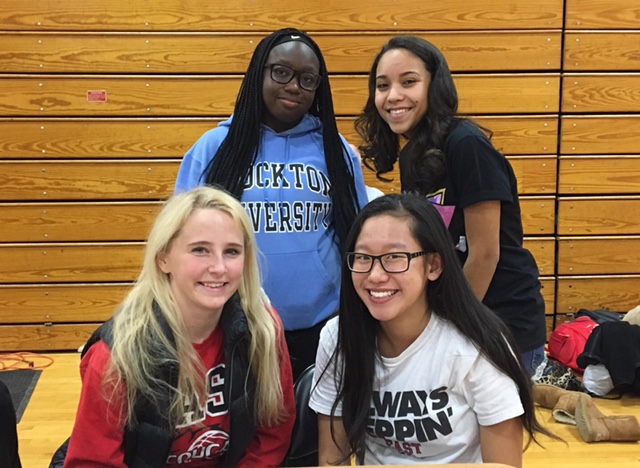 For Crozier, managing the team had become a huge part of her life.

When you think about a basketball team, you think about the coaches that put together the plays and the players that carry them out. People tend to overlook another important aspect of the team: the managers. Cherry Hill East Girls Varsity Basketball team manager Kaila Crozier (‘18) has been managing the team for the past three years, and her critical position has become a massive part of her life.

She is a great leader for the team. She encourages the girls from the sideline, she’s always posting words of encouragement on the Facebook page, and it’s overall more than just her presence that’swith us”

Before her sophomore year, the then-basketball coach, Kevin Owens, mentioned managing to Crozier. Deciding that it would be nothing more than an interesting task, she gave it a chance. What Crozier did not even realize was how much goes into being a manager beyond just recording team statistics. Crozier and the three other managers were tasked with learning the ins and outs of the sound systems and becoming even more familiar with the sport of basketball itself.

According to Crozier, one of the hardest things about managing the team is how time-consuming it is.

Crozier said, “I mean, you really have to have great time management skills because we spend a lot of time traveling, so it takes up a lot of my time.”

Head coach Chris Corey had nothing but good things to say about Crozier as a manager and a person. Though Corey and Crozier just met this year, he can not picture the team without her.

Corey said, “She is a great leader for the team. She encourages the girls from the sideline, she’s always posting words of encouragement on the Facebook page, and it’s overall more than just her presence that’swith us.”

As the basketball season begins, Crozier and the rest of the team are ready and prepared. Though Crozier admits balancing her schoolwork, managing, and other activities can be a little difficult, she would not be the person she is without her spot as the beloved basketball manager.

“It’s a great group of girls. We’re like a family, and I wouldn’t trade it for anything,” said Crozier, smiling.