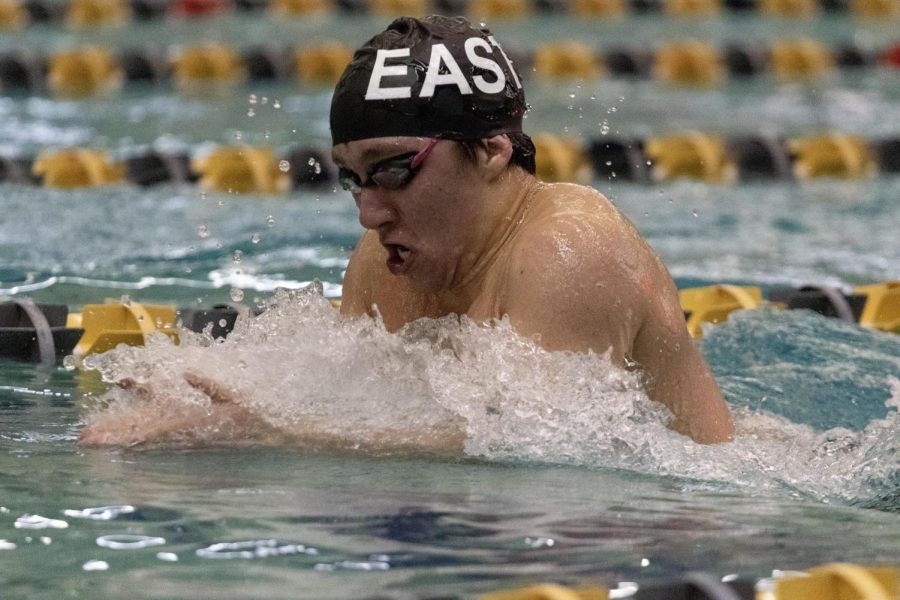 As the high school years slowly come to an end, seniors begin to think about the next chapter of their lives. For some, it is working, for others it is traveling, and for others it is college. For Justin Funari (‘19), it is attending Saint Peter’s University for swimming. He could not be more excited to begin this new big journey.

Funari said, “I am thrilled to attend Saint Peter’s University because I know it is the best fit for me. I can see myself thriving in the school atmosphere academically, while meshing well with the swim team, all at the same time. Picking colleges was a challenging process, but I know that I can really succeed at Saint Peter’s University.”

Saint Peter’s University is located in Jersey City, New Jersey. The swim team at this school is Division I. In the MAAC, the men’s swim team placed seventh overall, with a total score of 638.10. The team was very strong and went 8-1 this past season. Funari is eager to contribute to the team’s success next season.

If it weren’t for the Cherry Hill East swim team, Funari would not have been ready for this next part of his life, he said. Luckily, he could not be more prepared.

Funari said, “East has prepared me very well. The school has done this by showing me how it’s not one swimmer that makes or breaks the team. You do not win two state championships by having one swimmer carry the team. It takes a team to win, and a team to lose.”

Funari has been swimming since he was seven years old. In first grade, his friend, Chloe Garber (‘19) convinced him to try swimming at the Charleston Swim Club. Ever since then, Funari fell in love with swimming. He could not imagine where he’d be without the sport in his life. Swimming has given him a lifetime of happiness that will forever hold a special place in his heart. He will especially never forget all the friendships he has made along the way.

Funari said, “All the friendships I’ve made over the years is definitely my favorite part about swimming. I’d never be able to survive hours of practice without my friends by my side. It is much easier to swim countless laps when you have great friends to keep you company.”

Not only did Funari play a major role on the Cherry Hill East swim team, as a co-caption, but he has also been a major contributor on his club team, South Jersey Aquatic Club (SJAC). Funari swims for SJAC year round, with kids from all over the South Jersey region.

Sports have played a major part of Funari’s life since he was a kid. When Funari was younger he swam, played football and played soccer. However, he eventually had to give up football and soccer for swimming. Since swimming is such a major commitment, he had no time for other sports,he said. Between the East swim team and SJAC, Funari swims six to seven days a week for 12-14 hours. Although it is a major commitment, the work is worth it.

Funari said, “I love the individual aspect of swimming. You control your own race. No one else has any influence on how well you perform, besides yourself. Everything is in your own hands.”

Life without swimming is unimaginable for Funari. He knew he could never survive a week without swimming, nevertheless a lifetime. For this reason, Funari decided to continue his swimming career at Saint Peter’s University.

Funari said, “I’d like to think I planned on swimming in college when I was a kid. However, once I started swimming at East, I knew I wouldn’t be ready to end my swimming career by the end of high school.”

It may have taken a little while for Funari to find the school that was best fit for him. However, he finally did, and could not be happier. Funari is excited to begin the next adventure in his lifetime.