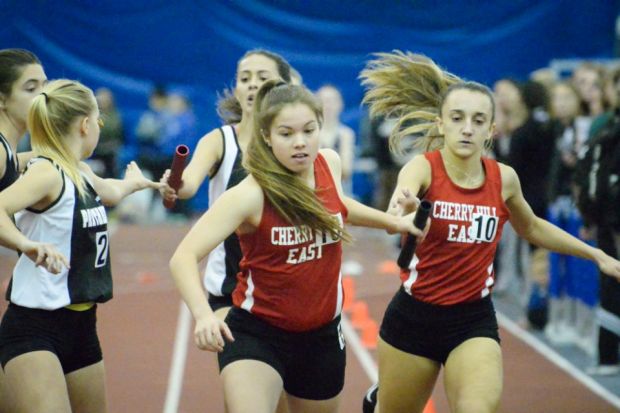 The girls cross country team had a great start in the beginning of the year, but now it is time for the girls winter track team to gear up. The winter track season starts towards the end of November and runs into the month of February. The team hopes to make it as far as sectionals, and maybe even states this season.

This year’s girls winter track team is a tight knit team that is coming off a highly successful cross country season. Winter track consists of a variety of categories, but as a team, they are expected to go far this season. This team is strong, beginning with the freshmen all the way through to the seniors. They  produced several victories in their previous cross country season. Approximately 90 percent of the runners from the fall and spring season continue running during the “off season,” as if a runner ever really has such a thing. The success from their previous season seems to be fueling their common motivation and ambition for the fresh winter season ahead.

Last season, East’s girls winter track team did very well as a whole, but there were also many individual successes. Pierce lead the way with her individual effort, but there were also great successes of the relay teams. Last year, the 4×400 relay was ranked thirtieth in New Jersey. With all four key members returning, and possibly a newcomer, they are going into this season with high ambition and confidence anticipating doing at least as well as last year, if not better.

Coach Anthony Maniscalco leads the team for a third year and he hopes for another strong season.

“One of our main goals is to build a solid foundation for spring track,” said Maniscalco. Alongside him coaching these girls are Jeff Bramnick, Yanell Holiday and Michael Surrency. “What we want to do is make sure we are in good shape for the spring season,” said Maniscalco.

“I personally hope to see the girls distance go as far, if not farther, as we went in cross country season- meaning we would qualify for states again. We have a team full of hard working and optimistic girls, so I think this goal is more than attainable if we keep our heads up and keep working,” said runner Aliza Kotzen (‘20).

Being winter season, the team faces several challenges but their biggest “hurdle” this season is the weather. The snow and weather change during the season can throw off their practice schedule during the week. There is a motto for the postal service saying that the mail will be delivered to your home regardless of rain, sleet or snow. The girls of the East winter track team might as well be considered postmen because they will keep running and make sure no matter what the weather, they will deliver victories.