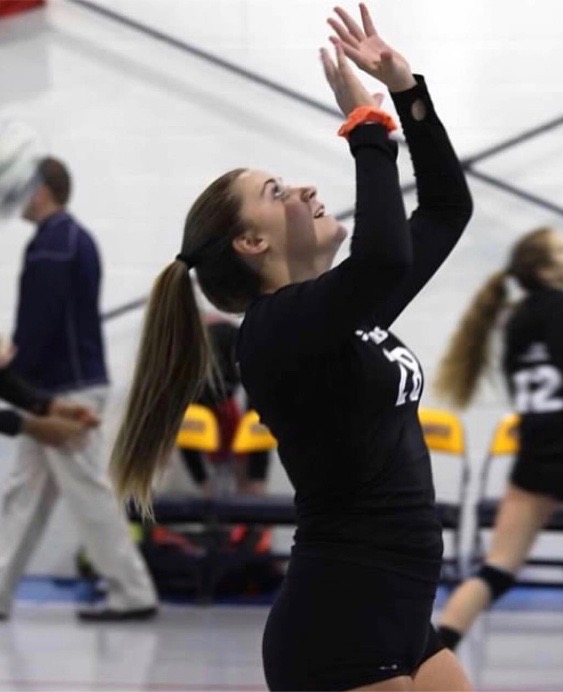 As the high school years pass right before one’s eyes, students get excited to begin his or her new journey in life. In the next chapter for Emily Lass (‘19), she is playing volleyball in college. Lass recently committed to Wilkes University in Wilkes-Barre, Pennsylvania.

Wilkes University’s volleyball team is in Division III and is ranked 223 out of 380 teams. Lass did not know where she would end up going to school, but she is happy that she will be attending Wilkes University. She fell in love with everything about the school, especially the volleyball program.

Throughout her time at East, Lass has played on the volleyball team for four year and has loved it right from the start. She started playing freshman year, after a family member told her how amazing the Cherry Hill East volleyball program was.

Lass has grown up as an athlete. She has participated in competitive cheerleading and swimming; however, she eventually had to quit both sports to make time for volleyball. Lass’ club team practices three times a week and the East volleyball team practices six days a week. Between practices and schoolwork, Lass did not have the time to participate in other sports.

Not only does Lass play for Cherry Hill East, but she also plays for the South Jersey Volleyball Club. Lass is a middle hitter, in other words, she is the center or middle blocker. Hitters are responsible for attacking the ball in offensive plays and scoring points for their team.

Lass is very dedicated to volleyball. Although her two teams are very different, she loves and gives her best effort to both of them.

Lass said, “My club team is very successful and we pride ourselves in our team spirit. My club coach is huge on encouragement and I would say the reason why we are so successful is because we work well as a team.”

Not only did Lass play a major role in her club team’s success, but she also played a major role on the East volleyball team. Lass received a leadership award at the end of her high school season. The end of her volleyball career came much faster than she had ever expected. As a result, she came to the decision that she would continue her volleyball career throughout college. This was the last thing Lass expected; however, she went where the wind took her and could not be happier about this decision.

As the season came to an end, Lass could not picture herself without volleyball in her life. Never stepping on the volleyball courts again would be so upsetting. After all Lass’ hard work and perseverance, she was not ready to give up on the sport quite yet.

Even though Lass knew she would be playing volleyball in college, she had no idea where, so she began her recruitment process.

Lass said, “I just decided to put an email together with some film to see if coaches were interested in me.”

After many college visits, Lass decided to attend Wilkes University. The school was perfect for her. Not only does it have a great volleyball team, but it also has the major she is interested in. The coaches, the other athletes, and the volleyball program has everything she has ever wanted.

Lass said, “After meeting all the players, I felt at home in the gym and knew [Wilkes University] was the place for me.”

Lass fit right in with the Wilkes University’s volleyball program and is enthusiastic to begin her new journey.

The saying “let life take you where you belong” perfectly matches Lass’ life. Although Lass did not plan on playing volleyball in college, she can not wait to start playing again at Wilkes University.