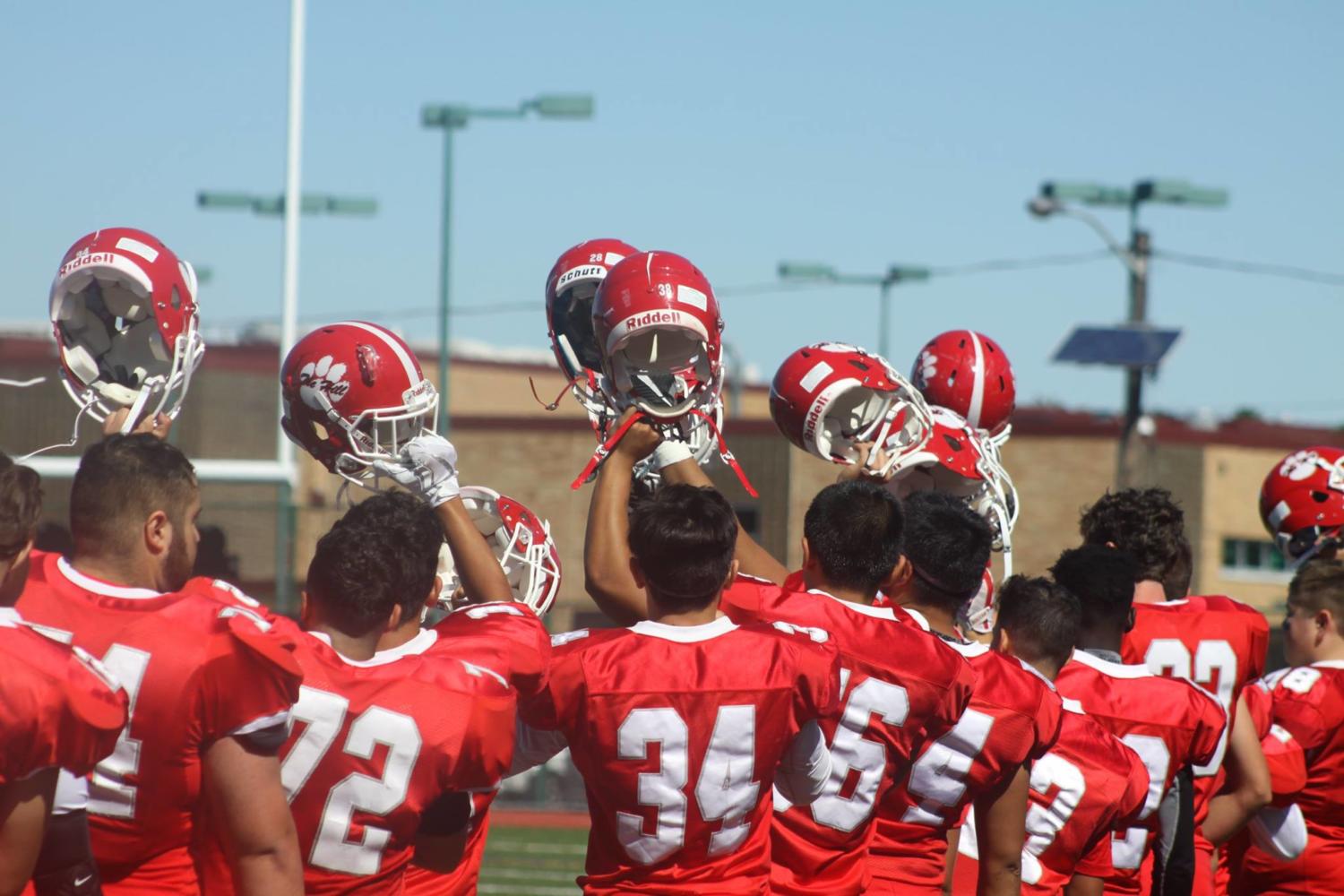 For many students, September marks the start of school and the ending of summer. The start of September also brings back one of America’s most popular sports, football. The Cherry Hill East Cougars opened their home-opener against Paul VI with an impressive crowd of students, faculty, and parents cheering.

Before the game started, East honored their fall sports by having each team run out through a cougar tunnel. The teams were excited to run through the tunnel and onto the new turf fields. Then came the boy’s football team who crawled out of the tunnel, eagerly awaiting their competition.

The Cougars lost to the Eagles of Paul VI 31-0 in a rough game which featured many turnovers. The Eagles came out ready to play with two quick scores in the first quarter. Jamir Garland (‘18) scored the first touchdown of the game with a run of about 55 yards. On the next position the Cougars fumbled, which the Eagles took advantage of. Eagles quarterback, John Donegan (‘18), threw a play-action pass to Eric Matos (‘18) to put the Eagles up 14-0 after the first quarter.

The second quarter featured better defense from the Cougars. They were able to hold the already hot Eagle offense to only a field goal. The Eagles led 17-0 going into halftime.

The game was full of turnovers from both teams. Paul VI fumbled one of their punts, but the Cougars were not able to take advantage of the great field position. East fumbled on their next position. The Eagles led after three-quarters 24-0.

The fourth quarter did not bring much hope to the Cougars. East snapped the ball over punter Ben Greenberg’s (‘19) head, giving the Eagles excellent field position. Brian Brown (‘19) of Paul VI ran the ball 45 yards on the next possession, expanding the lead to 31-0. The Eagles took a knee with a minute left, ending the game with a win over East.

The Cougars will take on Vineland next Saturday, September 18, at 11:00 a.m at Cherry Hill East.