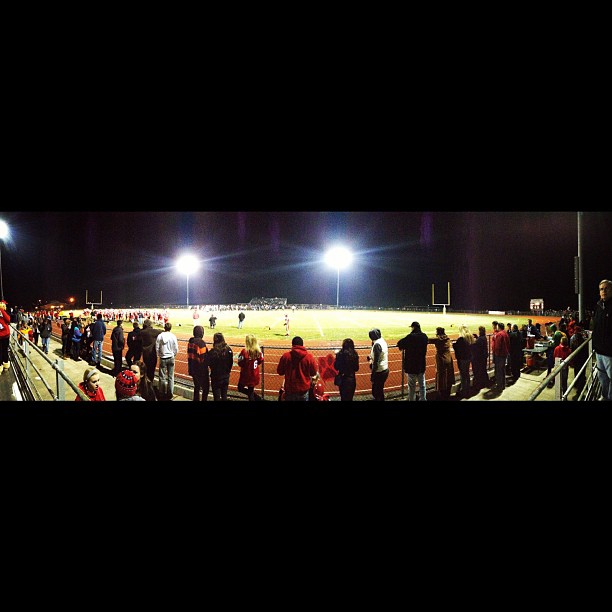 The win featured strong East defense and a record-breaking performance from running back Daishi Goto (’13), who ran for 256 yards and two touchdowns, breaking Brian Regan’s (’12) single-season rushing record just one year after Regan set it.  The game gave Goto 1,587 yards for the season.

The Cougars took a 7-0 lead with a 44-yard pass from Brandon Stern (’15) to Andrew Brown (’13) as time expired in the first half, giving East a lead and momentum going into halftime.  From that point the Cougar defense took over and the offense stretched the lead with a strong running game.  Goto scored on two long rushing TDs in the second half and Blaise Paglione (’13) scored the fourth TD with a one-yard run.

The win was East’s fourth of the year, giving them a 4-6 record for the year.  The win also improves East’s record to 31-13 all-time against West.