East falls once again in road game vs. Delsea 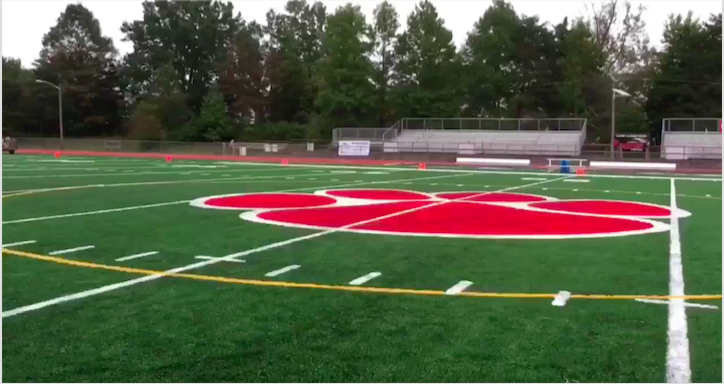 The loss dropped the Cougars record to 0-4

The Cherry Hill East Cougars football team was defeated on the road against the Delsea Crusaders on October 6 by a final score of 42-7.

The loss dropped the Cougars record to 0-4 while the Crusaders record improved to 3-2.

The game got off to a fast start, with Delsea putting the first score on the board to take the early lead. Unfortunately, linebacker Sean Coen (‘20) suffered what appeared to be a severe injury in the first quarter. He had to be helped off of the field and into an ambulance.

Shortly thereafter, Delsea running back Shaikyi Hannah (‘20) ran for a long touchdown to extend the lead to double digits. Delsea led 14-0 at the end of the first quarter.

Both teams seemed to have a rushing emphasis to their gameplans entering this game. Cherry Hill East had two running backs, Isaac Jean-Baptiste (‘19) and Dante Gazolla (‘19), who received a vast majority of the touches throughout the game. For Delsea, their lead back was Aidan Bourget (‘19), who showed up big last Friday night with three rushing touchdowns.

Bourget ran for the first of those three touchdowns in the second quarter with a 75 yard run up the middle on an aggressive fourth and one call to extend the lead to 21-0.

East finally put a productive drive together for the first time in the succeeding possession, but eventually faced a fourth and six in the red zone. Already trailing by three scores, head coach Tom Coen decided to go for it in an attempt to get back in the game. Quarterback Mike Wheeler (‘20) rolled to his left on a bootleg play before throwing it up to his receiver, but Delsea cornerback Khiyon Willis (‘20) made a good play on the ball for an interception, and Delsea took over once again.

Towards the end of the first half, Delsea running back Khaliel Burnett (‘18) hauled in a 30 yard touchdown through the air to make it 28-0. A short punt by East punter Ben Greenberg (‘19) on the Cougars next possession led to Aidan Bourget’s second rushing touchdown of the first half and a 35-0 halftime lead for the Delsea Crusaders.

On the first play of the second half, Aidan Bourget ran down the sideline for a 70 yard rushing touchdown to quickly make the Delsea lead 42-0.

Cherry Hill East managed to sustain another impressive drive that led to another red zone possession, including a 38 yard run by Dante Gazolla (‘19), but a fumble by Nick Gazzola (‘19) resulted in another Cougar turnover.

For the rest of the game, Delsea played Damir Lomax (‘20) at quarterback, who immediately showed off his dual-ability as a passer and a runner. However, East forced Delsea’s first punt of the day on the last play of the third quarter to keep the score 42-0 with one quarter left to play.

East kicked off the fourth quarter with another good drive that ended with a Mike Wheeler (‘20) 3 yard rushing touchdown to finally put the Cougars on the board 42-7.

Delsea would run out the rest of the clock on the next possession to finish off a convincing win over East, but East did come out of halftime with improved units on both sides of the ball.

East will host the Pemberton Hornets on Saturday, October 14, at 11:00 AM, as they try to bounce back from their tough loss and pick up their first win of the season.