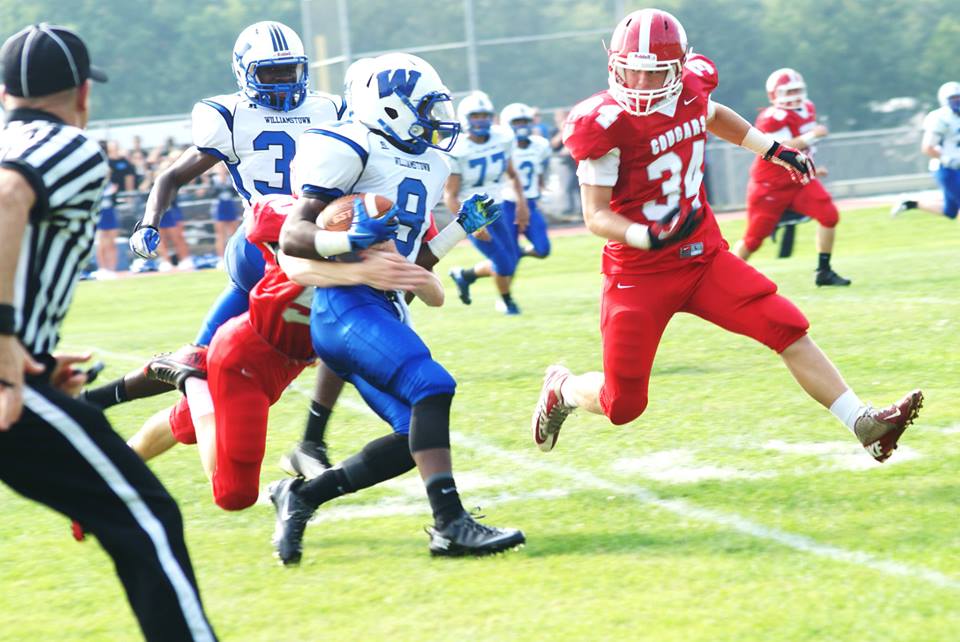 East’s varsity football team played its first game on Thursday, September 12, 2013, losing to Williamstown by a final score of 67-6. Against one of the best teams in the country, East, behind quarterbakcs Brandon Stern (’15) and Vinny Guckin (’16), had trouble converting third downs and advancing the ball, as well as stopping the fast-paced Williamstown offense. However, Stern converted a huge 80-yard pass to Guckin during the first quarter, the highlight of the game for the Cougars.

Williamstown put 53 points up in the first half, but scored only 14 in the third, and began to kneel the ball on every down once the fourth began. They scored on every drive, with the exception of the drives in which they kneeled. East was outmatched and this can be seen by the final score.

Williamstown played a high tempo offense, as well as very tight coverage on defense. While this loss was a big one, if there is any good news to come from this, the Williamstown Braves are the top ranked school in the state, so a huge loss to them in the first game of the season is not a huge blow to the East team.

To see the complete photo gallery, go to Facebook.com/eastsidenewspaper 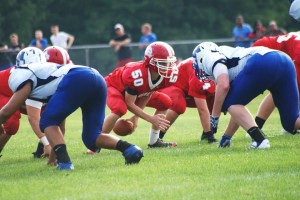