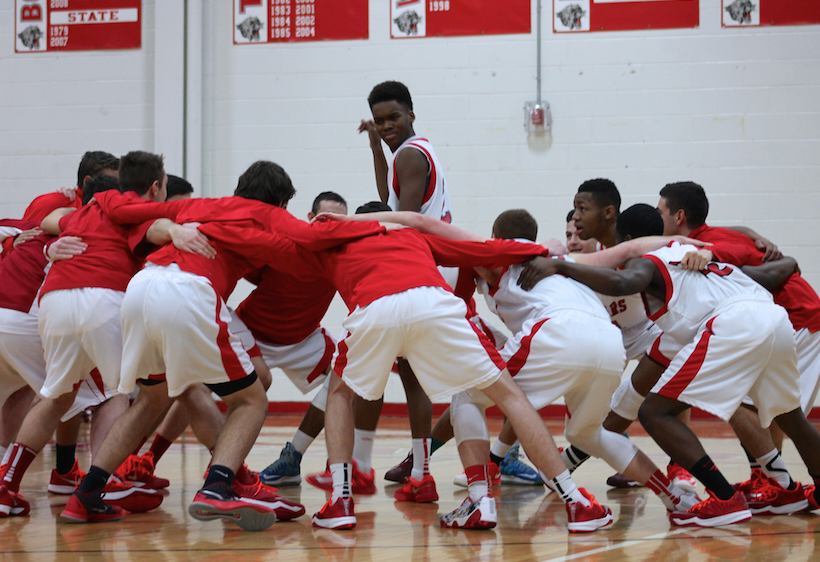 Undefeated and better than ever, Cherry Hill East’s varsity boys basketball played a clean, successful and victorious game against the Eustace Crusaders.

Jake Silpe (’15) began and ended the first half with three pointers. Silpe’s buzzer beater shooting at the end of the first quarter gave the Cougars an 11-9 lead.

The game became intensely close at the end of the first half as Eustace player Mike Cohen (’16) tied up the score 15-15 with a lay up.

Concluding the third quarter with a score of 27-26, the majority of the game consisted of a close score between the two teams up until the fourth quarter when the Cougars took a permanent lead.

Between Timmy Perry’s (’16) infamous blocks, multiple focused shots from the entire team and Silpe ending the game with a total of 20 points, the boys were able to continue their winning streak and end the game with a final score of 36-33.