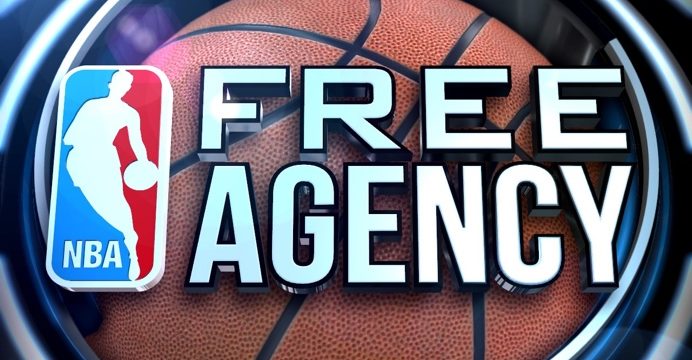 Every summer, NBA Free Agency hits and we talk about the big names- the Kevin Durants, Al Horfords and Gordon Haywards of the world. But Free Agency is not just massive in importance because of the players who will receive maximum contract offers. Where teams really win the offseason is in finding the guys flying under the radar. Just look at the impacts that Javale McGee, David West and Zaza Pachulia had for the Warriors this season, all making miniscule sums of money. So, which lower valued free agents will we be talking about in the same light 12 months from now?

Ingles, who was beforehand an unknown, came onto the scene with a breakout year for the Jazz, thanks to his lights-out shooting and playmaking ability. He’s a wing player who can also dribble and pass, a solid creator for others. He isn’t much of an exciting player to watch, but he’s certainly ready to make a big impact on the offensive end for whoever signs him. He’d fit well with the Clippers if they lose Chris Paul or Blake Griffin, the Pelicans or teams like the Sixers or Kings, who will have enough cap space to give him more money than other teams will if they decide he’s their guy.

Clark, an underrated role player for the defending champion Warriors, is appealing because he likely won’t cost too much, has shooting and scoring ability and has a lot of big game experience. He could very easily become an above-average scorer given more touches on a different team. This wouldn’t be the first time a bench wing for the Warriors broke out elsewhere. Kent Bazemore spent years on the bench for Golden State before emerging later elsewhere.

JaMychal Green went from an unknown to, well, still an unknown, at least for the common NBA fan. Those who watched him for the Memphis Grizzlies this year are aware of his versatility on the defensive end, along with his good shooting ability. Don’t be surprised if Green gets a nice payday in a few weeks to play the role of an important contributor for a good team.

Taj Gibson’s game is no secret- he’s a tenacious rebounder who is also a good interior defensive presence, and he can step out and knock down a mid range jumper. He is set to become a free agent this summer, and as it seems unlikely he’ll be back in Oklahoma City for the Thunder, many contending teams could use his services, particularly the Boston Celtics, who are desperate for rebounding.

Holiday has always seemed like a player who could become something in the future, but simply has never gotten the opportunity to prove himself with big minutes. That may change now though, as he hits the open market. Rumor has it he and his brother, Jrue, also a free agent, hope to play for the same team. Teams in need of guards like the Mavericks, Pacers and Magic should be interested.

While these five players likely will not garner many headlines, signing them for cheap may translate to future success for some lucky teams.