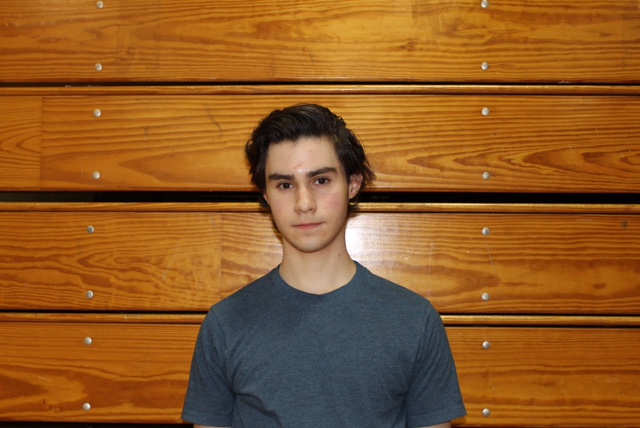 Usually in high school sports, student-athletes hope to rise through the ranks gradually- first, the Freshman team, followed by a year or two of Junior Varsity, and then finally, Varsity. But over the last year, it has become clear that these typical standards do not apply to bowler, Anthony Mathis (‘20). Mathis burst onto the scene last year as a freshman and achieved accomplishments that most seniors would aspire to match.

“I just wanted to play for Varsity… all of these accomplishments have been a surprise,” Mathis said.

Last year in his freshman campaign, Mathis made second team All-State. Of the three All-State teams, he was the only freshman and one of only two underclassmen. His best single game came last December against Lenape when he came remarkably close to a perfect game and put up 290. His best set of three games came in his high school debut against Pennsauken Tech, where he totaled a collective score of 716.

For many, bowling is a fun activity to do with friends and family on the weekend, but for competitive players like Mathis, who has been bowling since the age of three, there is much more to it than just rolling a ball and having fun. The need for arm strength and accuracy is a given, but what is much less known is the equally important mental aspect of the sport.

Mathis said, “A lot of it is the mental aspect… having confidence is extremely important.”

Confidence is just one portion of it, but Mathis emphasizes its relevance, claiming that no bowler can achieve success if he/she get nervous before they bowl. But on top of that, there is a very in-depth strategic aspect to bowling that most could never imagine. Mathis says that the hardest part of bowling is judging the oil patterns of lanes, citing the fact that each lane has a different pattern that affects the way the ball goes, which impacts where a bowler will stand, how they will roll it and how it moves while on the lane. Mathis emphasized just how important his practicing beforehand is, as it enables him to observe and analyze the lanes so he knows what the best method of rolling the ball will be.

“Practice is very important before an actual match starts… I am able to determine where to throw the ball during the match,” Mathis said.

If there is one idea to take away from the approach Mathis uses, it is that bowling is an entirely different sport for those who play competitively than it is for the average group of friends who want to have fun in their free time. From the intense strategy, in-depth psychological facet and imperative arm strength and accuracy, bowling is much more than a game to Mathis.

Unfortunately, Mathis has been dealing with back problems that are causing him to miss his Sophomore season. Mathis has a positive attitude about the injury, though.

“It’s okay, I still have my junior and senior years,” said Mathis.