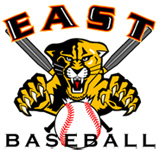 Coach Radbill strives to instill in his players a sense of cougar family pride.

Coach Erik Radbill puts an emphasis on his players being part of one big Cougar family and many alumni take this to heart. This proves true as multiple alumnus have come back to help out with the baseball program years after they graduated.

East baseball has a storied history when it comes to alumni returning to coach or help out with the team. In fact, Coach Radbill himself is a veteran of the East baseball program, as he played varsity for three years before graduating from East in 1987.

Besides coaching, Radbill also takes on the task of trying to encourage his current players to come back to East after they graduate. He tries to build the idea of a ‘Cougar’ family, building not only team unity, but school pride.

This season, Radbill is in need of experienced coaches to stand with him in the dugout. As a result, a group of alumni have come back to help Radbill enhance the program and to leave a more impacting mark on the team.

Alumni Joe Lagrossa (‘12), the brother of current player John Lagrossa (‘18), played varsity baseball at East for three years before graduating in 2012, and he then went on to play second base at Widener University for a year. He said he plans to help the team out with fielding and infield training; during his time at East, he played second base and shortstop.

“When it comes to what it means to give back, it’s just kinda something I always figured I’d do,” said Lagrossa, “so when Radbill asked if I wanted to help out, it was a no brainer. Being a ‘Cougar’ family is something that Radbill always talked about.”

Lagrossa’s experience at the college level will allow him to help out players who are looking to continue their careers into college.

Radbill has a plan which will help guide and organize the duties of his alumni assistant coaches. He believes that by having them back on the diamond with him, it will enhance the team camaraderie.

“It reinforces the family atmosphere that’s been built over the last 40 or so years. We have a saying: ‘You can go play for someone else or you can be part of something here,’” said Radbill.

He added that the Cougar Family mentality makes each individual player feel like an imperative part of the program. When the current high school athletes see the alumni coming back to coach, it epitomizes the ideals of the baseball program.

Three alumni, Joe Lagrossa (‘12), Nick Cavaliere (‘12), and Griffin Colton (‘14) will be at East this season to help out with the team filling some coaching positions at the JV and freshman levels. Additionally, alumni Dante Cassano (‘13) and Sean Gold (‘10) helped out with the team during tryouts.

Radbill believes that the team will be fueled by the seniors this season as they will provide the team with leadership and skill. Mixed in with that there is talent at the lower levels.

Radbill said, “This year we’re gonna start building something special. The program is in good shape.”

The future is bright for East baseball, as it has a steady stream of players with experience at the varsity level and quality coaching and training. Being part of a Cougar Family not only helps develop teamwork, but it also helps establish a sense of pride in the program. A sense of pride which ensures that today’s players are tomorrow’s coaches. The team starts their season with an away game against Gloucester County Tech on March 17th.