5 players that will shape the NBA for years to come 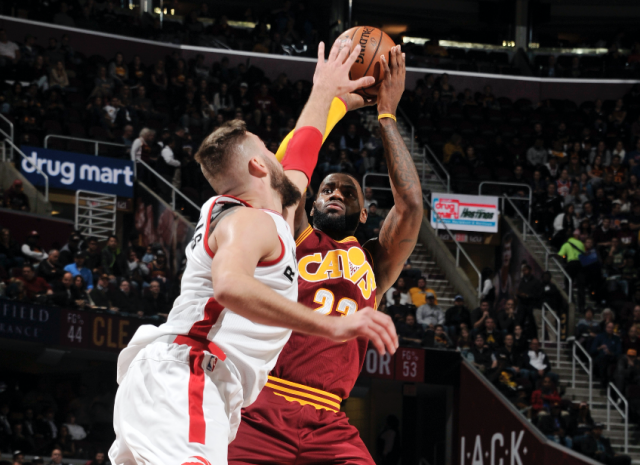 Courtesy of the NBA

The NBA looks to a bright future with its star players.

The NBA is currently loaded with young players who are sure to become stars in the next few years. The Association has an incredibly bright future, in large part because of these five players:

Towns, a second-year big man for the Minnesota Timberwolves, has a real chance at multiple MVP awards in the future. He already received the Rookie of the Year award last season, playing every single game and averaging 18.3 points and 10.5 rebounds per game. His unprecedented combination of size, athleticism and skill will carry him to a huge collection of trophies by the time he is career is over.

After missing his first two seasons due to recurring foot injuries, it seemed that all hope was lost among Philadelphia 76ers fans. When rumors spread that Embiid would actually play this year, most people took it as a joke. But, “The Process” has been playing for a month, and it’s safe to say he will be a huge problem for the rest of the NBA. He’s third in the league in blocks per game despite playing on a minute restriction, and he is also among the league leaders in three-point shooting, even at his 7’2 frame. He scores with ease, can grab any rebound, and will reject almost any shot that comes near him. His phenomenal array of talents will lead him to tremendous success now that he is finally playing.

Devin Booker, a second-year sharpshooter for the Phoenix Suns, has emerged as one of the best shooters in the whole league, even though he turned 20 years old just a month ago. He has not received as much recognition from fans as he should, but the players he shares the court with can see his potential. He has gotten praise from players such as Klay Thompson, who he is often compared to, as well as future Hall of Famers like Kobe Bryant and Dwyane Wade.

LeBron James said, “someone who is under the radar right now that I believe is going to be a really, really, really good, all-star player in the league – it’s Devin Booker from the Phoenix Suns.”

Booker simply has no flaws, and many strengths. What is scary for the rest of the league is that he is only getting started.

As Kobe Bryant leaves Los Angeles, a reinforcement is on its way in the form of D’Angelo Russell. Russell, in his second year out of Ohio State, had a very limited role in his rookie season, largely due to the Lakers’ prioritizing of Bryant’s send-off rather than actually winning. But now he is the starting point guard, and he has done a fantastic job running the show. He has it all, including the ability to hit big shots as he has been doing his whole life.

The self-esteem of Sixers fans around the world rose when their team got another franchise centerpiece, the number one overall pick out of LSU, Ben Simmons. Simmons possesses a once-in-a-generation skill set. His massive 6’10 frame combined with his freakish athleticism and his court vision that is reminiscent of LeBron’s, is a recipe for success. However, there are concerns. He broke a bone in his right foot during training camp this year, so the 76ers organization has to make sure he is 100 percent healthy before he is brought back in. The other concern is his jump shot, or lack thereof. It is the only skill he lacks, and if he develops a consistent jumper, he will be impossible to defend.

The present-day NBA is very successful, and the path ahead looks to be even greater because of these young stars.