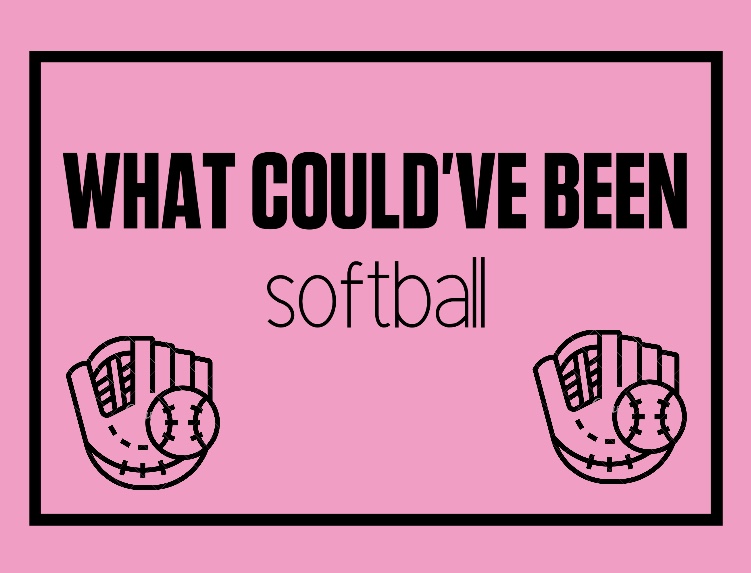 What could’ve been: Softball

The gloves are stiffening as weeks go by without being used. The neon green balls endure the wait of being tossed again. The dirt on the diamond remains clean of cleat scrapes, muddy slides and laughter as the sisterhood softball offers disappears from its existence.

The COVID-19 pandemic has put a halt to all forms of activity, including all sporting events. Here, we take a look at how the softball team is coping with their latest obstacle and at What Could’ve Been?

Going into the season, the girls were confident and ready to succeed, working together, determined and with high-hopes that this next season would not only be successful, but one to remember. The team had a lot of potential going into this spring season as last year Cherry Hill East Softball ended the season with a memorable and winning year. As the team had made the playoffs for the first time in seven years, motivation to do the same was definitely a characteristic of the team going into the season.

“This year we were definitely excited to continue those wins and hopefully make the playoffs again,” said Christina Farley (‘20).

Softball offers a way for the girls to connect and share their passion for the sport they love to play. “We as a team just really wanted to bond and get to know each other. We all loved to play and were excited to get started but sadly that was cut short” said Morgan Pierce (‘20).

This year we were definitely excited to continue those wins and hopefully make the playoffs again.”

Farley and Pierce, of many others, were looking forward to making an impact on their last seasons playing Softball at East and being leaders for the younger teammates. “The seniors are all really good [at playing] and [have] been great leaders on and off the field” said Rachel Bliss (‘21).

“I was really excited to play my senior season and enjoy my last year of playing softball after I’ve played for the past thirteen years. I’m also sad I won’t get one last chance to play with my teammates and the other seniors who I’ve played softball with for years now” said Farley.

However, the girls have been connecting even through the unprecedented times, taking their love for eachother from the field to virtual communication, social distance greetings and fitness workouts online.

Bliss said, “going into this season, I was extremely excited. I was ready for my junior season [to be the] best role model for the underclassmen, keeping up the camaraderie with both JV and Varsity, and making it the most memorable season for the seniors… It’s the little things like the bus rides, conversations warming up before each game, the inside jokes we had every inning, and even suffering through practices, together as a team, that I miss the most.”

I was really excited to play my senior season and enjoy my last year of playing softball after I’ve played for the past thirteen years. I’m also sad I won’t get one last chance to play with my teammates and the other seniors who I’ve played softball with for years now.”

To prepare for next season, “I am going to be playing travel ball in the summer and fall seasons with my club softball team and then during the winter season I will attend winter workouts with the East Softball team,” said Hannah Pollack (‘22).

Even though this softball season was not what the players had in mind, as they couldn’t bask in the joy of victory or motivate themselves as they felt defeat, the girls on the team have made the best of this situation to stay connected, unified as one. They did not want the season to go to waste and have continued to grow as a team, making improvements to become better and have individually put the work in for what could’ve been.

So as the gloves are stiffening, the big green balls are suffering patiently to be thrown and the diamond, which was previously the home base for love, laughter and the determination each girl has, the story of this season will only be remembered as the story of “What Could’ve Been” and not what happened.