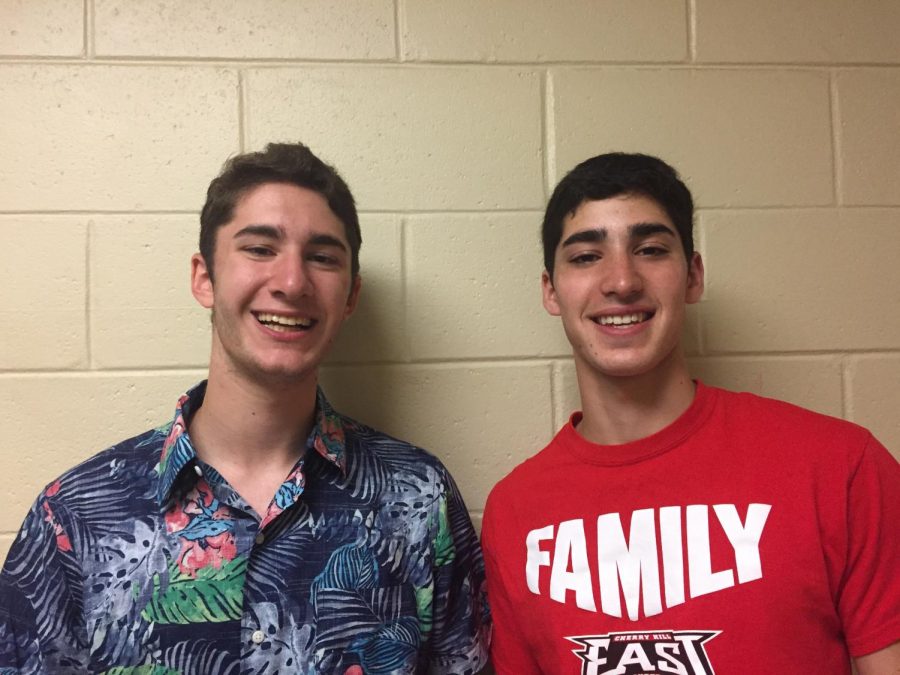 Q: How would you describe your twin?

Jake: I would describe Michael as someone who is very hard working and knows what he wants to get done when it comes to working and setting his mind on his goals. And especially he knows his priorities are straight and what really comes first and is most important to him, like basketball, schoolwork, and hanging out with his friends, he really knows how to prioritize his time.

Michael: I would describe Jake as a very outgoing and enthusiastic kid. I would say we’re totally different when it comes to personality. He’s really out there, he’s really outgoing, and I talk and am social but he’s loves [theater], he loves doing stuff.

Q: Why are you the superior twin?

Jake: Personally, I like to say I’m the superior twin because I am very knowledgeable and I know a lot more about what goes on in the world, whereas Michael is more unaware about a lot of things. I’ll have crazy facts and he won’t know what I’m talking about. That makes me different because… he only knows so many things and I know a lot more.

Michael: I would say I’m the superior twin because I’m more relaxed, laid back, instead of always running around and doing stuff. I’m more just go with the flow. But I work hard.

Q: Who would win in a fight?

Jake: That’s a tough one. I’d say it could be either one of us but I’d say me. I’d get really angry at him and then I’d win.

Jake: No, we wouldn’t hurt each other.

Michael: No, he tries to hurt me.

Jake: We love each other.

Q: Do you have twin telepathy?

Jake: Yeah, we have telepathy.

Michael: I know what he’s thinking.

Jake: I know what he’s thinking. If he’s ever thinking.

Q: What is the weirdest thing your twin does?

Michael: The weirdest thing that Jake does is make fun of my style because I have great style.