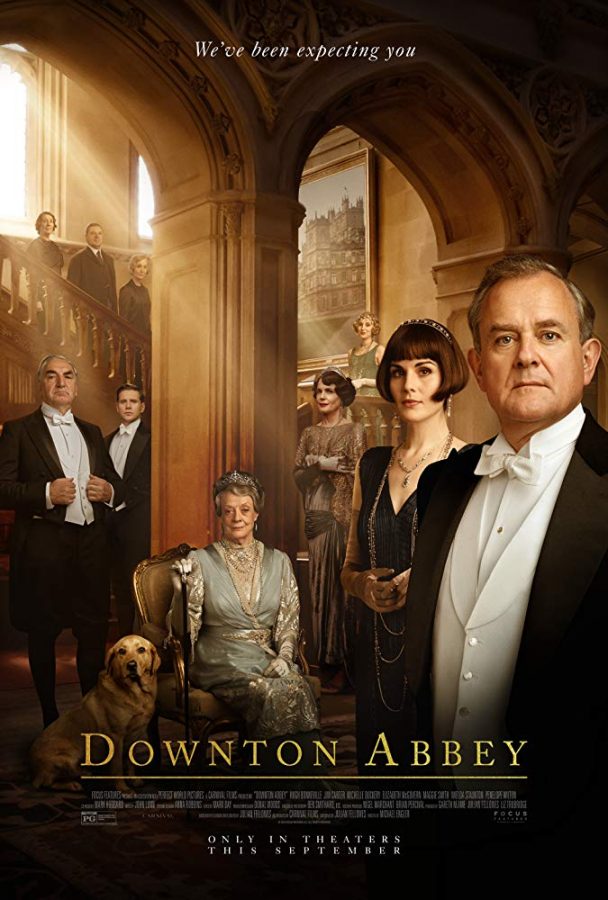 Julian Fellowses’ Downton Abbey is a British historical drama movie that takes place in 1927. It revolves around the life of the Crawley family, young aristocrats living in the Downton estate. The movie, in particular, centers around the interaction between the Crawleys and their servants, and the preparations necessary for the arrival of esteemed guests: King George and Queen Mary. The plot has an interesting and humorous edge, with a quick enough pace to keep the audience engaged throughout the story.

The movie begins with a quick refresher that summarizes the main themes of the entire series of the six season television show, which aired from 2010 to 2015; its huge success sparked the creation of the movie. The show primarily focused on dynamics between different class systems, the influence of monarch, and how the deep impact that status quo had on people’s lives. It also delved into the major problems which characterized the time period, including the decline of the nobility from 1912 to 1926 in old England. Important historical events incorporated into the show’s story line included the day that followed the Titanic crash, which set the stage for the season one debut. The first World War and the Irish War of Independence were also illustrated within the series story line.

Although the movie weaves similar components to the beloved television show, it centers more on the continuation of the characters’ lives, specifically a new crisis between the aristocrats and servants. The movie progresses with character development and the task of preparing the estate for the arrival of the king and queen, rather than dissecting into past events.

Members of the Downton feel stunned upon learning the king and queen selected the Downton for a couple nights’ comfort before embarking on tour visiting several countries. Although the event promises memorability and honor, stress begins to weigh down on Downton’s servants, causing conflict to increasingly boil between them.

As the story  unravels, increasingly more twists and turns jumble onto the screen, leaving viewers engaged and exhilarated. The height of tension occurs when Mr. Wilson, the head of the royal servants, advises the Downton staff that their attempts have been useless-the king and queen made previous arrangements for their own royal staff to serve them instead. Enraged, they construct a plan to steal the royal staff’s positions. To add to the tumult, an assassin conceals his intention to kill the king during his visit at  Downton, potentially destroying its affiliated reputation.

The movie has received great success, earning $135.4 million from the box office. Fans overall have pleasurable feelings toward the production, due to the special themes and components highlighted into the movie-such as elegance and pride-especially for the British fans.

“It that sense of patriotism that made me proud to be British, what with the visit of the King and Queen” said Megen Collan, a fan from London.

The future of Downton Abbey appears bright with its tranquil and enjoyable ending for the characters. It left fans satisfied, as it tied up loose ends in that were once unresolved in the lives of the Crawleys.  However, even those who have never viewed the television series will enjoy the humorous interactions among characters as they compete for the king and queen’s favor, and the enticing world of the past that the movie brings back to life.