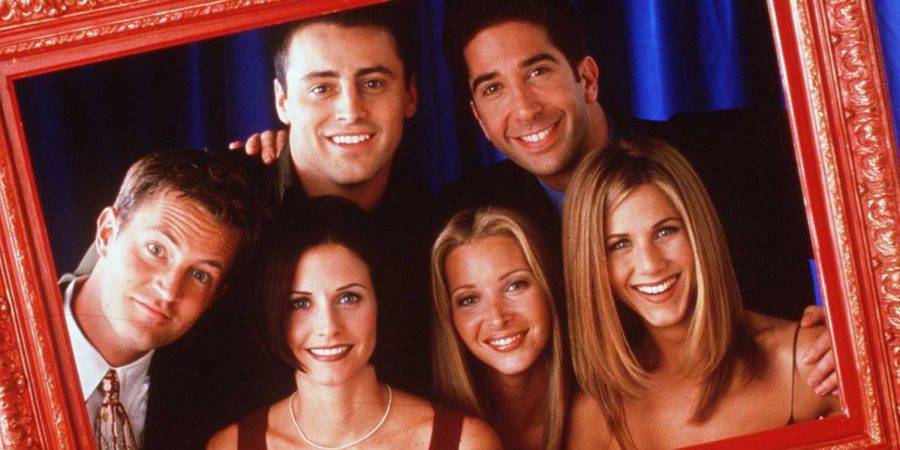 As of January 1st, 2020 the TV show, Friends, was taken off of Netflix and was rebought by HBO Max. HBO Max plans to rerun all 236 episodes before the new, one time only, reunion episode comes back out. I am beyond excited to see what is to come of the reunion episode, being a huge Friends fanatic myself.
On Instagram, all of the actors on the show posted an old group picture with the caption “It’s happening.” Many Friends fanatics were confused because the reunion episode was only a rumor, but it is now confirmed that the new Friends episode is indeed happening.
It has been confirmed that all six of the original Friends characters will be in the new reunion episode, and it will take place on the original set at Warner Bros. Studios. All six of the actors are already receiving around $2 million for committing to making the reunion episode.
I personally hope to see the future of the Friends characters, rather than a question and answer episode with the real-life actors. I would like to see Monica and Chandler’s children now, and hopefully, their growth as a family. I would also like to see if Phoebe and Mike ever had a kid, and I would like to see the loose ends tied up between Rachel and Ross, and their child Emma. I hope to see Joey eating more pizza and sandwiches.
The show is going to be unscripted, which means anything can happen. The producers plan to celebrate the success of the show rather than recreating it. I understand why the creators would want to do that; however, although they can’t recreate how amazing the show was before, I would love to see the actors back in character, messing around with each other.
I know that Friends fanatics like myself are more than excited to see what the new reunion will bring.