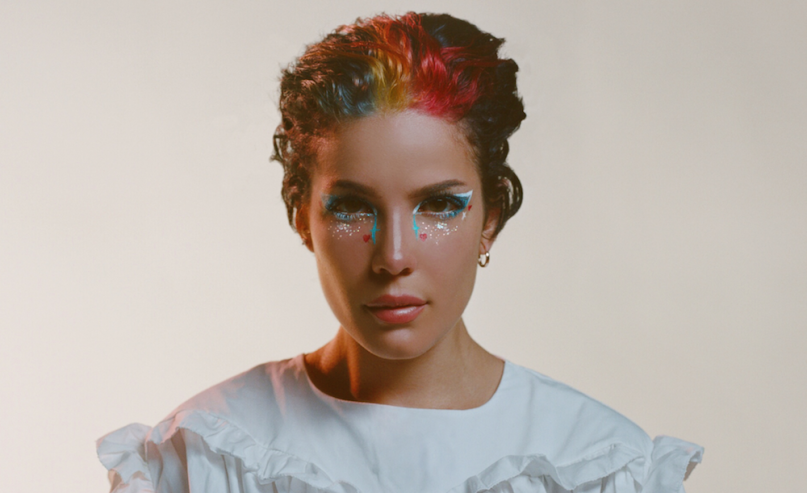 The night Halsey’s music career began, she performed at a Holiday Inn in Newark at a party. An agent from the music industry would discover this broke and homeless girl with talent. She would end up creating a song in a basement studio, which she deemed Ghost, uploading it to SoundCloud a few weeks later, to wake up to 5 record labels offering her to sign the next morning. Halsey signed with Astralwerks and has since made three studio albums. Her third studio album, Manic, was released on January 17, 2020.
There are 16 songs on the album: Ashley, clementine, Graveyard, You should be sad, Forever…(is a long time), Dominic’s Interlude, I HATE EVERYBODY, 3am, Without Me, Finally // beautiful stranger, Alanis’ Interlude, killing boys, SUGA’s Interlude, More, Still Learning, and 929.
Her last two albums were concept albums. Badlands centered on a dystopian world, and hopeless fountain kingdom centered around a Romeo and Juliet love doomed from the start.
However, what’s so different about Manic is that this is Halsey; the true reality of her. It’s not a concept and there is no plot line of a fictional story. It holds the nitty-gritty details of her, giving her fans a glimpse inside her mind, and with that, her intricate feelings and reality. The album has an unconcealed passion that combusts with herself, creative, raw lyrics and a variety of instrumental sounds. It’s a fresh take, carrying listeners along with her motions of thought while breaking socially-imposed genre boundaries. Halsey even collaborated with a variety of artists throughout the interludes. Although they’re off the wall, they do become rather irritating after a while despite the originality. Her album is definitely a strong 4.5/5.
Halsey crowned her first track, Ashley, with her birth name. She describes the song as “ an introduction and a warning: it’s saying, ‘here’s this album that I had to cut myself open to make, and will continue to cut myself open to tour, promote, and explain, but I don’t know how many more of these you’re going to get.’”
I HATE EVERYBODY embodies Halsey’s way of reminding the listener that this album contains “ all the important parts of [her]”, not focusing on the people she’s had relationships with, but rather, their lasting impact on her.
Finally // beautiful stranger comprises her voice and guitar playing, which give the song its sheer power. Halsey said “I was like, ‘I need a wedding song. I need a first dance song’ ”, and that’s what resulted, capturing a romantic love found in a bar.
Alanis’ Interlude radiates female sexual empowerment and queerness, embracing Halsey’s bisexuality with the lyrics “He is she is her, and her and he are love, and I have never felt the difference”. A complete masterpiece.
More represents a love song to an unspecified entity, someone that doesn’t exist yet. Halsey felt most nervous about releasing this song. “More came from the stomach because it’s about her miscarriages that she’s had. If you honestly don’t think that Halsey poured her heart and soul out to us in this album, you didn’t listen to the same album everyone else did,” wrote @helplessromntic, an avid fan of Halsey, on Twitter.
Her last track, 929 unleashes a stream of Halsey’s intimate regrets, thoughts, and flaws. In the end, she recognizes the weight of her imperfections but still forgives herself, acknowledges her constant quest for growth. The most candid track of them all.
Halsey continues to amaze her fans with her authentic, raw self, enabling her fans to get to know her more intimately through her music. Manic is definitely something worth listening to.