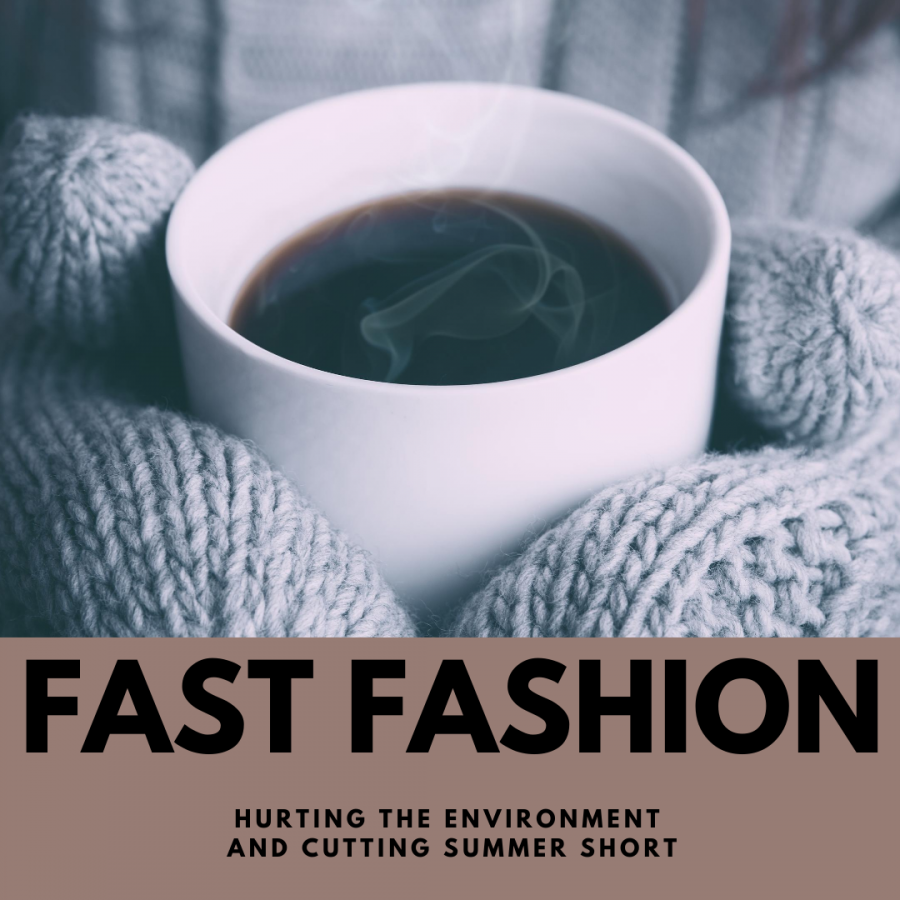 Fall fashion trends occurring sooner and sooner is not safe for the environment and is cutting the summer short.

“We should get ice cream right?” my younger sister said to me as we sat outside on Monday in the heat. The high for Monday, August 25th, was 91 degrees and the humidity made the day feel like it was even hotter. On that same Monday, Starbucks released their seasonal pumpkin spice latte. This year marks the drinks earliest seasonal release, and as much as I love fall, I can’t help but feel a little bummed. The commercialization of the seasons to sell as much as possible in each is not only annoying but detrimental to the environment.

Every year, it seems that summer ‘ends’ earlier and earlier. The end of August often proves to be the hottest days of the year, yet in this heat, the retail industry is not marketing products that scream summer, but products that welcome the non-existent cold weather. Fall does not officially start until Tuesday, September 22nd, so for at least another month, we can expect temperatures anywhere from 90 degrees to 70, and as my summer comes to a close with the beginning of school looming, the retail industries summer ended weeks ago with leaf and branch decorations being put on display and the arrival of Spirit Halloween. This creates a vortex of consumerism where it seems the only thing to look forward to is what one can buy. Even holidays are so marketed that it seems difficult to truly enjoy them unless dropping hundreds of dollars.

In an attempt to sell as much and as rapidly as possible, the fast fashion industry discards thousands of pieces of summer clothing a year. Stores will discard summer clothing as early as July to ready their fall merchandise. The vast majority of clothes put on clearance in these early months are usually discarded and land directly in landfills. The fast fashion industry is extremely harmful to the environment and this rapid change of seasons only adds to the amount of clothes in landfills.

According to the United States Environmental Protection Agency, 21 billion pounds of textile waste ends up in landfills each year, much of it due to big chain stores throwing away unwanted merchandise. 80 billion new pieces of clothing are bought each year which is more than 400 percent the amount consumed just two decades ago. Much of this buying and discarding is in relation to how the year is marketed at such a rapid speed that one’s clothes quickly feel out of date.

In a world where everything revolves around consumerism, celebrating the full length of a season is the last thing on a retailers mind. The speed at which the retail world runs through the seasons contributes greatly to post and pre-consumer waste and it doesn’t seem like it’s stopping soon. So Starbucks, hold your pumpkin latte because until September, I’ll be sticking to ice cream.