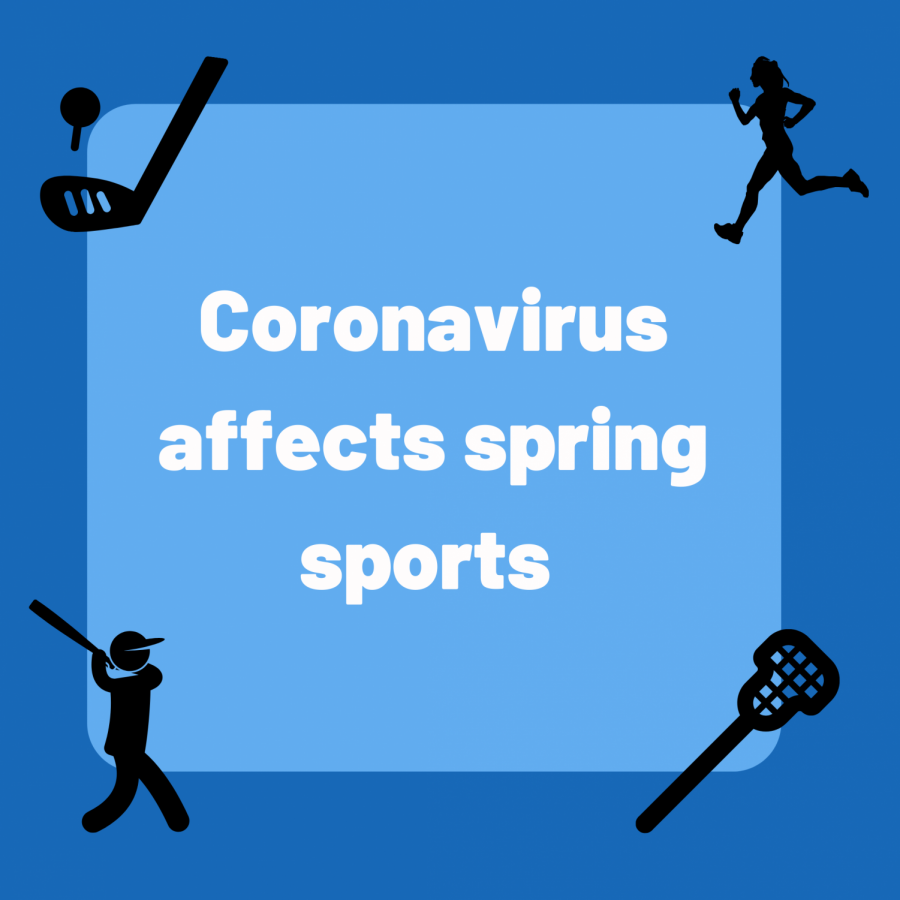 Cornavirus has taken a huge impact on spring sports at East.

You are practicing all through winter workshops. You are waiting anxiously for the next season. You are beyond excited because you were destined to do great things. Suddenly, the Coronavirus leaves the season in heartbreaking conditions. This was the reality for all of the spring student athletes, whose season has practically been cancelled.

From softball to track to lacrosse to golf, these athletes are crushed at the thought of the 2020 season coming to a quick stop.

Christina Farley (‘20), the four-year varsity pitcher, was pumped for her fourth and final softball season. “This was my senior season of softball, and after playing softball for the past [thirteen] years I was really excited to spend my last season with my teammates,” said Farley.

She tries her best to get in an exercise whenever she can, whether it is throwing around baseballs or going for a run.

One of the best events for a senior athlete to experience is Senior Day, where the rest of the team makes t-shirts and decorate posters to surprise the graduating class. Farley, and other athletes graduating this year, were looking forward to this day since they first participated in it as freshmen.
Another senior spring athlete feels the same way as Farley when regarding their final season. Simon Miller (‘20), a star golfer, is devastated that his season was cut short like this.

“These months were supposed to be the best and most exciting of our lives so far,” said Simon. He finds that the pandemic was unbelievably frustrating since the seniors have no control over this entire situation.

While senior athletes undoubtedly are facing the worst situation, being as it is their last high school season, other classes are experiencing different hardships.

Emily Volin (‘22) has been waiting for the day when she could step back on the track as a leading runner for East. In the 2019 fall season, she faced an ankle injury, which therefore ended her fall season as a Varsity runner.
“Overall, I am frustrated because I had just recovered from my injury and now that I am physically able to race again I am not allowed to, but I am just grateful that as a runner I play a sport that I am at least able to continue to practice,” she said.

Volin still stays in shape by following the running schedule that her coach posts for her, but it is not the same as running with a group of friends.
Other athletes were planning on achieving a goal throughout high school, but since there has not been a spring season, they are unfortunately faced with the fact that it might not happen.

An example of an athlete facing this is Paige Miller (‘21). From her first two seasons, she scored a cumulative amount of 35 points. Her goal for graduating high school was reaching one hundred goals; she feels that missing out on this season will prohibit her from achieving this.

“I think the situation is just frustrating because it is out of our control. It’s hard that all spring athletes have been waiting all year for their season and it’s just frustrating to have it ripped away after just one season,” said Paige.

Paige runs and utilizes online workout videos in order to stay in shape.
By the Coronavirus cancelling the season, all of the spring athletes have demonstrated not only their physical strength while performing their sport, but also their mental strength by facing the hardships of the pandemic.