Why “Cancel culture” should be canceled 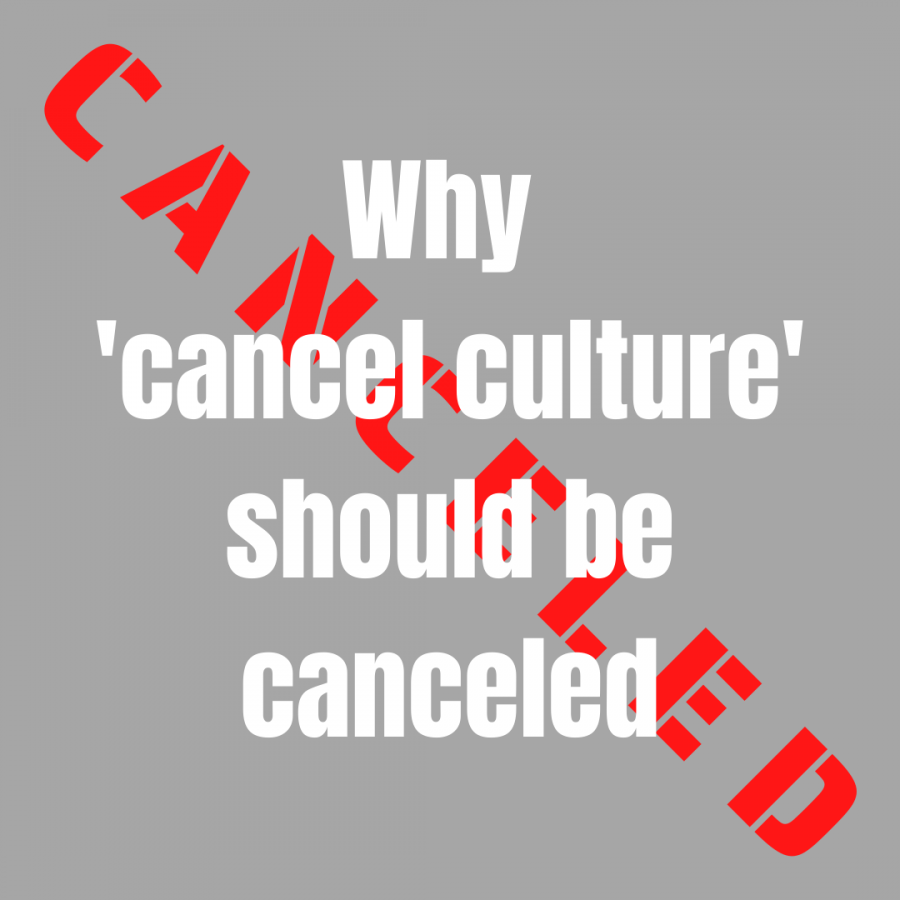 In March of 2020, famous actress Vanessa Hudgens made a video commenting on the Coronavirus that many viewers deemed “insensitive”. “Coronavirus: Vanessa Hudgens ‘canceled’ for trivialising pandemic response”. This headline published by NewsHub was not the only of its kind-many entertainment news sources began debating the question of whether or not Vanessa Hudgens would officially be ‘canceled’.
This instance provides a recent example of a popular practice referred to as “cancel culture”: withdrawing support-thus, canceling-from a celebrity, company, or brand in response to an offensive or controversial remark or action. Cancel culture falls under the branch of public shaming, as it often spreads on social media. As time passes, however, cancel culture seems to be causing more harm than good in the media.
For starters, cancel culture merely serves as a way for fans to boost their sense of confidence. Many people jump at the opportunity to criticize and “call out” seemingly perfect public figures any chance they get-because the less likable someone else is, then the more likable you become, right? For some, perhaps that is the case, but that does not justify blacklisting celebrities for one simple mistake. To set the record straight, serious offenses like sexual assault, racism, and other obscene crimes should not warrant forgiveness. However, everybody says things they regret and with celebrity’s entire life public knowledge, it’s easy for fans to forget how much pressure they endure to satisfy the public’s expectations.
Similarly, some of the actions celebrities are ‘canceled’ for took place before they rose to fame. For example, one celebrity began receiving hate for a video filmed as a teenager, in which he discussed a controversial topic. He responded with an apology, explaining that he was naive at that age and no longer agreed with what he had said in the video. Another side of this applies to celebrities who are teenagers now. With the recent popularity of Tik Tok, a new group of famous teens has emerged. It’s common knowledge that teenagers are notorious for being impulsive and making mistakes. In the past few weeks alone, there have been a handful of threats of ‘canceling’ a few Tik Tok stars, one of these being Nessa Barrett. Nessa’s offense: posting a video of her dancing, but the song she was dancing to was a man reading a passage from the Quran. Many fans took offense to this post and she eventually deleted the video. However, after she ended her first apology attempt with “I’m sorry… I think”, fans felt unsatisfied. People began ‘dragging’ her on all social media platforms and she soon after released another apology that gained her some forgiveness. It appears the internet has granted Nessa a second chance, as she still has six million followers on Tik Tok. This is a prime example of how cancel culture can be ruthless.
Lastly, society needs to accept that celebrities can have their own opinions. Though these views may not align with that of their fan base, it does not justify ruining their career. However, opinions perceived as overly offensive, racists, homophobic should be kept quiet. Ordeals such as supporting one political party over another or being the face of a cause should not be reasons to trash a celebrity’s image. Often, someone may discover a celebrity who fights for a cause they do or share a view with them, growing in admiration. But this new fan might then learn that the same celebrity also advocates for a belief that they oppose and may try to bash them for holding that opinion. This should not be the case because celebrities are entitled to their individuality and their own set of values. Overall, if someone considerably disagrees with a celebrity’s beliefs, then they should stop supporting them, rather than trying to blacklist them.
In summary, fans must learn to humanize celebrities and public figures to kill the spread cancel culture and benefit the atmosphere of the media.