Voting in the 2016 election is not a question, it is a necessity 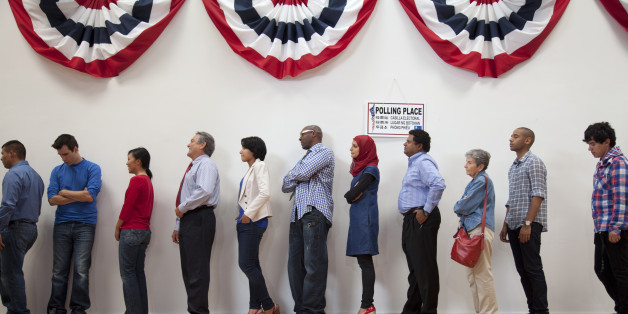 Voters waiting to vote in the polling place

The right to vote has been a topic of much controversy throughout the history of the United States. In fact, it wasn’t until 1965, after years of fighting for rights, that African American citizens were even allowed to vote. Military members in the U.S.A. waged the Revolutionary War with Britain and sacrificed their lives for the freedom to have a democracy in which citizens could vote. Yet, according to a January 2012 study from the Institute for Democracy and Electoral Assistance, an estimated 40% of eligible voters won’t vote in the upcoming election.

This occurs for a variety of reasons. In a 1996 survey by the Census Bureau, the most commonly used American excuse for not voting is that citizens are “too busy” to take time from their daily routines to cast a ballot. However, this reason holds little resonance when the time in which it takes to vote is considered. Furthermore, many states allow voting-day registration, where a potential voter can register to vote the day of an election. Registration itself can hardly be considered difficult, as it requires little more than showing identification. 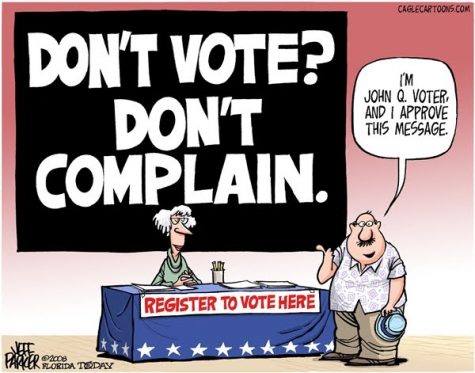 Another major reason that many Americans abstain from voting in national elections is that they do not believe their vote makes an actual impact on the results of a presidential race.  A common belief is that Electoral College chooses the winner, not the people. This is a misconception in society, as the fact remains that the popular vote in each state determines the candidate the Electoral College endorses. Each individual counts and as a citizen one should exercise their constitutional right to choose who is the leader of their nation.

Apathy or dislike toward candidates is a common issue within national elections, especially in the upcoming race. In a poll conducted by NBCNews in May of 2016, every 6 out of 10 Americans disliked both Hillary Clinton and Donald Trump, the two respective Democrat and Republican candidates in the 2016 race. In an election such as this, it is important that a citizen utilizes their rights to vote for who they want in office, even if that means picking the “lesser of two evils”. Americans are one of the lucky few countries that is democratic in their ability to choose who leads the country.

Voting is one of the most powerful ways a United States resident can voice their opinion on national matters. When a person denies themself that right it is a slap to the face to those who lost their lives and fought for that liberty to be available to each and every citizen who is of voting age in this country.