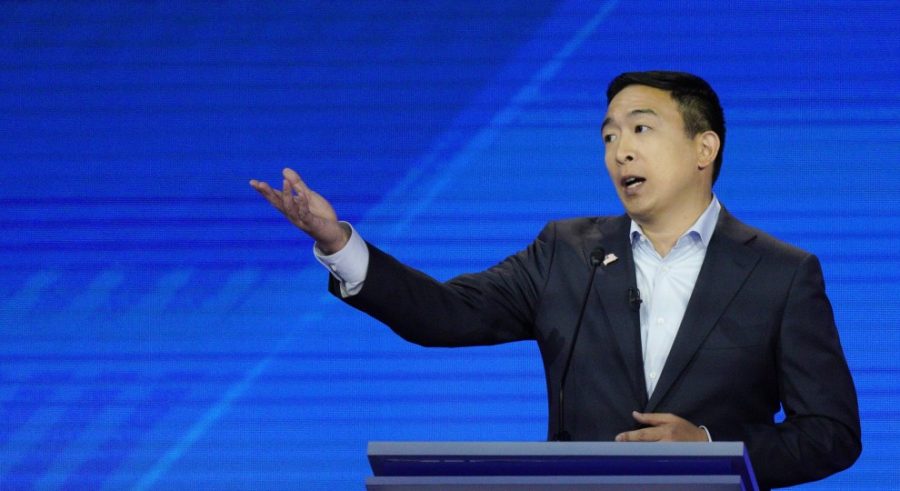 Aiden Rood holds several volunteer positions with Andrew Yang for President including, Communications Director for Youth for Yang, National Event Support Administrator and Congressional District Lead for NJ-1.  The opinions expressed in this article are solely his own and do not represent the positions of Andrew Yang, his campaign, or any of its associates.

You might have heard that there’s an Asian man running for President who likes math and wants to give everyone a thousand dollars a month.  What you probably haven’t heard, however, is that he is running a serious campaign that’s far from a gimmick, and he’s currently polling around 6th place among the Democratic primary’s large pool of candidates.

His signature proposal, a version of Universal Basic Income (UBI) he calls the Freedom Dividend, is written off by some critics as infeasible or as a calculated attempt to buy votes, but Yang and his supporters reject this notion.  Having been supported by historic American figures, such as Thomas Paine and Martin Luther King Jr., UBI is a “deeply American idea,” according to Yang. As America experiences what Yang refers to “the greatest technological shift the world has ever seen”, which, according to the McKinsey Global Institute, is predicted to strip approximately one third of Americans of their jobs by 2030, he gives Americans a financial leg to stand on. Implementing UBI would help get to the heart of many of the current problems brimming within the nation.

For example, with apartments often available to purchase for under $500 per month, homelessness could potentially lessen as struggling Americans, displaced from their homes, can use this money to get back on their feet and re-enter the workforce.  Young citizens, burdened by their share of the 1.5 trillion dollar student loan debt would be able to worry less about finding funds to pay for their loans, and more about finding success in their futures. Stay-at-home moms would finally be valued by American society and receive compensation for their efforts.  These are just a few of the possibilities through which the UBI could transform millions of lives, for the better.

The rewards of UBI may sound too good to be true, with the most common issue of paying for the proposal being an important one.  But Yang, the leader behind the most prevalent attempt to utilize UBI, has constructed a detailed plan to pay for the Freedom Dividend. It centers largely around terminating the government’s under-taxation of major corporations that are profiting off of Americans.  For instance, Yang points out frequently, Amazon, despite using Americans as shareholders for the company’s own profit, pays $0 in federal income taxes.

Additional funding for a UBI program would come from the massive new savings that would result from the UBI. With the proposal in place, many of our nation’s current problems would naturally require less spending to solve. With a clear vision to make UBI a reality, we can create a myriad of positive impacts, and few real negatives would result.  Andrew Yang’s idea of a Universal Basic Income is on the rise, and it’s a blessing for the future of our nation.