Society has to finally embrace privacy by rejecting the paparazzi 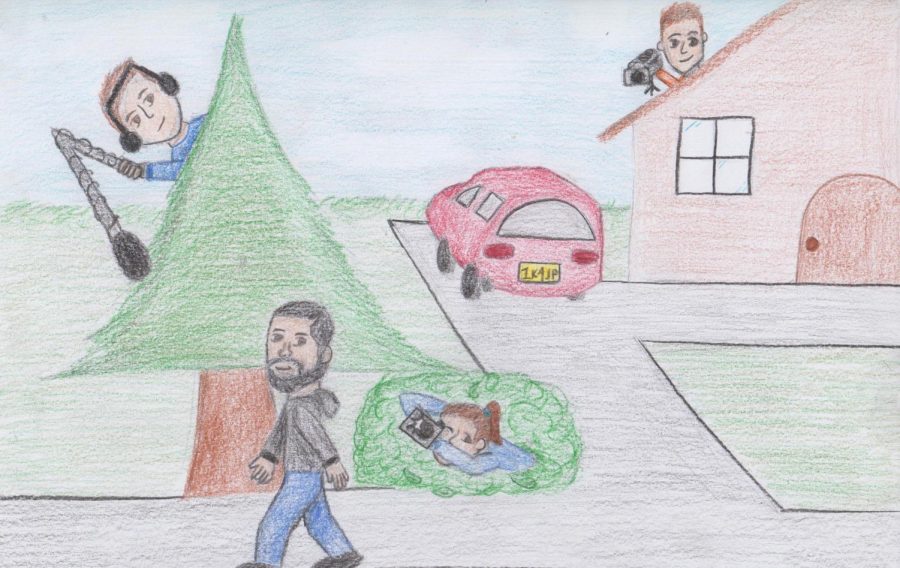 There was never any reason for the existence of the media uproar surrounding the Duke and Duchess of Sussex’s decision to remove themselves from the Royal Family. In fact, since the inception of their public life, it always seemed like their futures lied some distance away from that of Harry’s brother, Prince William, their late mother, Princess Diana, and their beloved grandmother, Queen Elizabeth of England. Maybe a part of their decision stemmed from the maverick lifestyle of Prince Harry as a globetrotting soldier and public speaker and Markle’s fickle familial situation and acting profession. Nevertheless, there is no doubt that the media’s unethical and invasive coverage of the Royal Couple’s personal life was the straw that broke the camel’s back.
The Duchess of Sussex was never welcomed into royal life in the same way her sister-in-law was graciously, and such a seemingly innocuous subject as fashion became the battleground over which the press waged war on the Duchess. From criticism over her white shoes, which Catherine, Duchess of Cambridge wore only months later, to differing perceptions in the media over the Duchess’s cradling of their pregnant stomachs, it’s clear Megan has been “subjected to double standards that are blatant in their intent to frame her as ignorant, uncouth and unfit for the aristocracy, much less the royal family,” said Kristen Meinzer, a royal commentator.
But this, people may claim, can be easily dismissed as the norm for the notoriously aggressive British tabloids. Except, this situation is anything but normal. Markle, as the first member of the Royal Family of mixed race, appears to have become the victim of a tragic, veiled form of racism, where the actions of white individuals are glossed over for criticism while those of all other races are subject to intense, possibly unwarranted scrutiny. Not all the British press are guilty of this; esteemed houses of journalism like The Guardian have largely had their blushes spared. Nevertheless, the ostensible result of this coverage, the breakage of the royal lineage, should signal a call to arms for the British public to call out the unethical journalistic practices of the British tabloid industry.
In addition to their systematic racism, the British tabloids have come to resemble their American counterparts in their total disregard for personal privacy. After announcing their intention to resign as royals, Markle retired back to her home in Canada. Even there, she cannot find refuge from the press.
Long-lens photography and video footage showed Markle walking with her newborn son in the privacy of her own home, his face publicly plastered on the front page of The Sun, a notorious British tabloid. Up until recently, the British press had resisted printing photos of Archie in a sign of respect. Now, there is no pulling of any punches.
This development has repercussions beyond Megan and Harry; it serves
to highlight the domestic proliferation of a hostile paparazzi that completely lack respect for an individual’s right to privacy. This problem has been simmering below the surface of public consternation for a while. But like Megan and Harry, it is time for the United States public to do something about it.
It all starts with your eyeballs; refuse to give in to your cravings and walk past the Us Weekly and InTouch tabloids jutting out at you at the cash register. These magazines cover divorces and pregnancies like they are televised events. Don’t kid yourselves; they are not. Fame does not exclude individuals from an expectation of privacy in one’s daily life. All this is not to say there are no photos of celebrities that can and should be printed. Award shows, galas and fundraisers are all times when celebrities expect to be photographed, and as such, the practice becomes acceptable. Where it crosses the line, however, is when a flash mob of blinding lights surrounds, say, Jesse Eisenberg, as he buys groceries, or long-lens photography of a “celebrity couple” at a private, intimate dinner.
No matter what the paparazzi will say in defense of their profession, these are times when boundaries need to be respected, and furthermore, reconstructed. When their actions amount to stalking, the victims of the paparazzi can “become paranoid and anxious” through no fault of their own, according to psychologist Emma Kenney.
One paparazzi, Englishman George Bamby, said that they do “‘sit outside people’s houses. If they have a problem with it then we just sit further down the road,’” according to an interview he gave with Glamour Magazine.
However, people do not deserve to be treated like rare animals in a zoo (which is an issue in and of itself). And while “‘these days [picture editors] have a lot more conversations’” on “‘where the pictures were taken or how they were taken,’” it seems fairly obvious that the best route forward for this shady, intrusive industry is that there are no more conversations to be had at all.