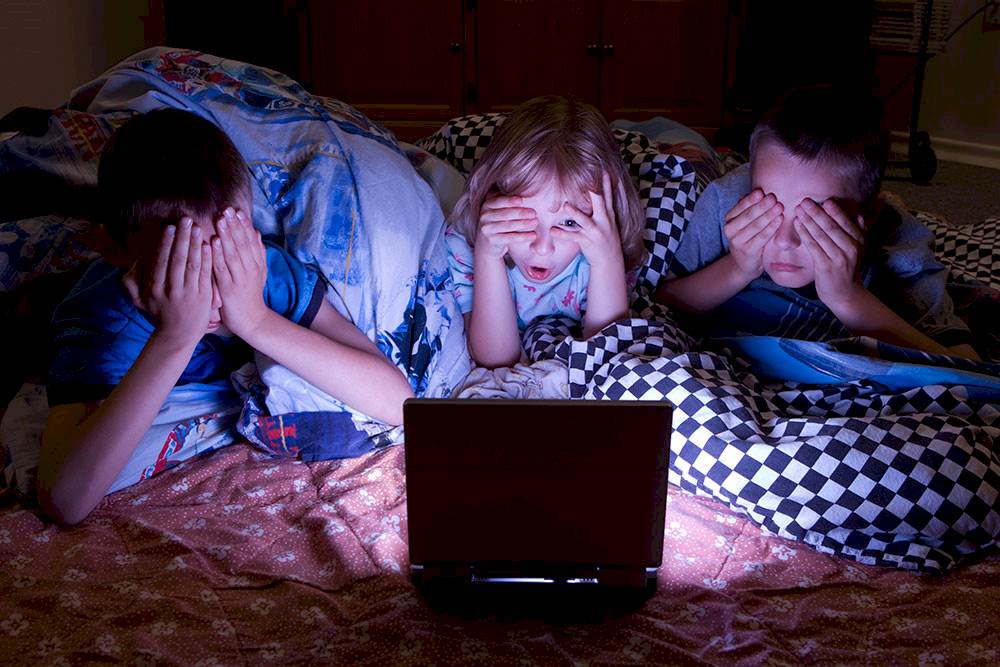 Parents are responsible for their children, not the movie industry

Sitting down to see the next big horror movie causes sweaty palms, shaking knees, and an overall feeling of anxiety, but is this feature film too much to handle?

Children all over the country are developing slight mental disturbances due to the continuous watch of scary films. This raises the question of whether the movie industry is at fault for this. Recently, more than ever in fact, this issue has been brought to attention because more studies are taking place. A study conducted in 1999 by the University of Wisconsin showed that 52 percent of people who watched a horror film had mental disturbances during sleep and eating. On the other hand, horror movies are meant to scare people.

The movie industry should not censor their content to please others. Cambridge University defines horror as: “a strong feeling of fear, shock, or disgust, or an event that produces such a feeling.” Some argue that the greatest horror film of all time, Jaws, was too bloody which caused mental disturbances. However it is in the definition of the word horror that people will feel fear. The study conducted by the University of Wisconsin very conclusively stated that “the younger the study’s participants were when they viewed a scary movie and TV program, the longer-lasting the effects.” Although children are at a higher risk for mental disturbances over a long period of time, parents have the final say in whether their children should be able to watch a certain film or television program. Jaws clearly was not made for the faint of heart, and, therefore, the movie is properly put under the genre of horror. Jaws also has a PG-13 rating, which means that parents should be cautious of letting their kids watch it.  Horror movies have the intent of frightening the audience members, so it should come as no surprise that people who watch these films may have “disturbing images” left in their mind.

Parents should be the ones to filter out things they deem to be inappropriate or too mature for their kids. Adults enjoy horror films as well, so there is absolutely no point in throwing away content that is enjoyable for older audiences. In addition to parents filtering out what they do not want their children to watch, movies also do receive ratings from the Motion Picture Association of America, or the MPAA. Their sole intent as described on their website is to “provide parents information concerning the content of those motion pictures” and to “aid them in determining the suitability of individual motion pictures for viewing by their children.” If parents choose not to follow the MPAA’s guidelines and their children have mental disturbances afterwards, that is their fault.

Although some children may experience disturbing mental pictures after watching certain horror films, the parents are to blame. The movie industry is not responsible for what happens to the audience members’ minds after the film is over, because, after all, they are meant to cause a scare.