NFL players should accept the punishments they deserve 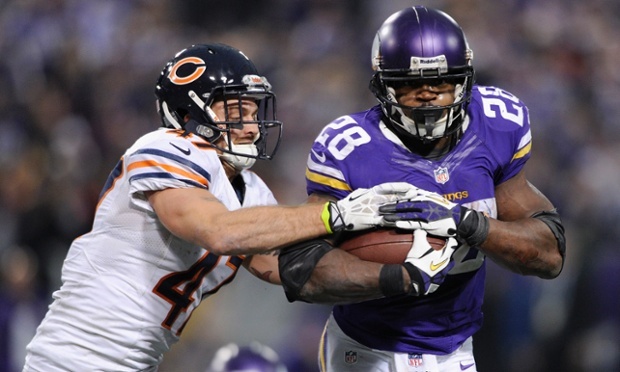 For the past month, it seems that whenever one turns on the news, there is something about the Nation Football League (NFL) in the headlines. First it was Ray Rice, and then it was Adrian Peterson. Many are asking why there has been such an influx of arrests in the NFL. The fact of the matter is there have been many laws broken by NFL players in the past. So why do people suddenly care?

One thing to blame could be the popularity of the players in question. The most talked about players have been Ray Rice, formerly of the Baltimore Ravens, and Adrian Peterson of the Minnesota Vikings. Before this season, these two had been regarded by a majority of analysts as two of the top five running backs in the entire league. Now, Rice has been indicted on domestic abuse charges while Peterson is accused of child abuse as well as abusing funds from his charity.

These men were faces of their franchises, but on the other hand no one was speaking about Greg Hardy, a Carolina Panthers defensive end convicted of assault this offseason. Nor was anyone talking about A.J. Jefferson, cornerback for the Vikings, who was quietly arrested for domestic assault and then cut by the team hours later in the middle of last season. These men were simply not as good of players as Rice and Peterson, and so their arrests flew under the radar without any media making a fuss. Hardy even played in a game this season until the media backlash of Rice reached him and the Panthers were forced to deactivate him. Because he was not as well renowned as Adrian Peterson or Ray Rice, his conviction was just not as important as Peterson’s or Rice’s.

The popularity of Rice and Peterson has brought the NFL’s policies to the forefront. But this is not the first time skilled players have found legal trouble.

In 2000, Baltimore Ravens linebacker, Ray Lewis, was indicted along with a few friends for the murder of two men after a Super Bowl XXXIV party. There was some evidence against Lewis: his white suit he was wearing that night was never found and the blood of one of the deceased was found in Lewis’s limousine. Lewis, however, cut a deal and had the murder charges dropped in exchange for a testimony against his two companions. Lewis ended up getting a year of probation as well as a hefty fine from the NFL. Lewis went on the win the Super Bowl a year later en route to one of the most prolific careers in NFL history.

Imagine if Lewis was in the same situation today. Would he get off with just a fine from the NFL? Lewis was of around the same popularity of Rice and Peterson are today, but Lewis did not have to deal with one thing that the other two do — social media.

The rise of social media into such a prominent part of our society means that everyone has the ability to not only receive up-to-the-minute news of all the breaking stories, but they can even break the stories themselves. The stories and actions of Rice and Peterson are not new to the NFL, but the power of social media has magnified the issues tenfold.

The fact of the matter is that Peterson and Rice broke the law. So did Greg Hardy. So did A.J. Jefferson. No matter who you are or what your skill level is, the NFL must be more consistent with its punishments. While it is the premier league for professional football in the world, it is not a daycare service. It cannot hold the hands of every player and tell them what they can or cannot do. What it can do, however, is make sure that its players are following the laws that every other American has to follow. The NFL must show the country that its players are not above the law and will be punished for breaking it just as any employer would punish an employee for breaking the law. Every player is equal just like every American is equal under the laws set forth by this country. The NFL must show that.