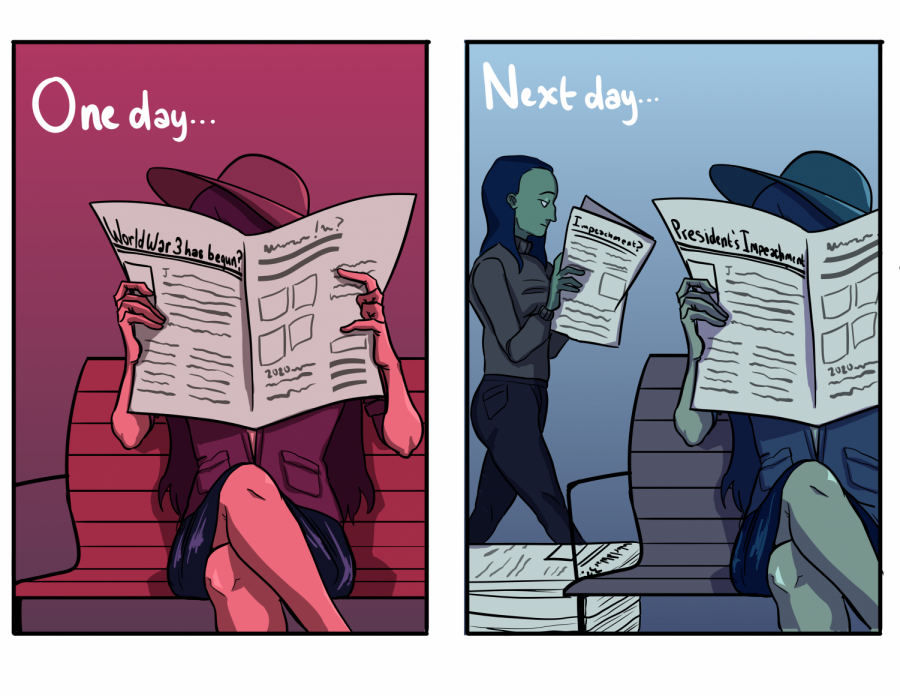 Every other week another bombshell news story breaks. This story dominates coverage for days and the media feverishly attempts to squeeze as much hysteria out of it as possible. For those few days, the world will never be the same; this unprecedented, never-before-seen story will be the one that takes down Western civilization. The thing is… it never happens.
It has been less than a month since President Donald Trump ordered the airstrike that killed Iran’s most prolific terrorist, Qassem Soleimani. Soleimani served as the leader of Iran’s powerful security apparatus, the Revolutionary Guards Quds Force, and a “diplomat” for the past 20 years. Not to be confused with Merriam-Webster’s definition of “diplomat,” Soleimani shuttled around the Middle East, funding and organizing terrorism wherever he could.
“When the war to prop up Bashar al-Assad was going poorly, Soleimani would leave Iraq for Syria. And when Iranian-backed militias in Iraq began to struggle against the Islamic State, Soleimani would leave Syria for Iraq,” according to Andrew Exum, the U.S.’s former deputy assistant secretary of defense for Middle East policy.
He added, “I do not know of a single Iranian who was more indispensable to his government’s ambitions in the Middle East.”
Soleimani’s orders became a death sentence for thousands of American soldiers worldwide as well as thousands of Iranian citizens who criticized their government. Less than a week prior to the airstrike, the Iranian government opened fire on peaceful protesters, killing an estimated 180-450 people, injuring over 2,000 and detaining 7,000, according to the New York Times.
Thus, when an opportunity arose to take out one of America’s, as well as many other nations’, greatest threats, our military, under the orders of President Trump, took action. Rather than phrasing the situation in such a context, the media largely framed this action as one of aggressive irresponsibility and recklessness, as a spark towards world destruction, and even as the possible start of World War III. It grew increasingly easy for many to forget Iran’s recent airstrike on Saudi oil fields, their capture of a British tanker in international waters, and their sponsorship of an attempted take-over of a U.S. embassy.
Unfortunately, this kind of coverage has become the norm. Society’s most trusted sources of information have turned into ready suppliers of clickbait. Journalistic practices have reached a generational low, a situation that must be addressed. When the Soleimani story
broke, a flood of readers desperately searched for information. Publications such as the Washington Post, Los Angeles Times and the New York Times wrote with political fury encouraging what became a cultural phenomenon and internet meme of a ‘World War III draft’. Headlines such as, “Will There Be a Draft? Young People Worry After Military Strike” and
“How inevitable is war with Iran?” began to pop up.
These publications pushed the possibility of a grand-scale war, going so so far as to tease readers regarding a forced draft. Those who read past the first 400 words were relieved to discover the unlikelihood of a draft ever occurring. Unfortunately, these stories’ headlines, leads and images told a different story. These hysteria-breeding stories came one after another loaded with black and white draft photos. The Washington Post even had the audacity to craft an entire multimedia package with a conscription theme—on Snapchat of all places. As if their coverage was not enough, they decided that teenagers should be the ones they taunt with the possibility of a draft.
Since the airstrike, Iran’s Supreme Leader, Ayatollah Ali Khamenei, issued some threats and a minor act of retribution near an American base; that was it. This story has found a nice spot in Iraqi dirt, right next to where Iran fired its counter-attack. In light of such coverage and its growing popularity, society should begin viewing news outlets for what they are: profit-driven companies. While they may practice journalism, it is not what keeps their doors open. In order to do so, they need to reel in viewers with jaw-dropping headlines that seem worth the click.
It seems like yesterday when parents “lost” their children to the American draft, when Brett Kavanaugh “irrecoverably corrupted” the Supreme Court, when moving the American Embassy from Tel Aviv to Jerusalem sparked “catastrophic violence” in the Middle East, or when the repealing of net neutrality “permanently shut down” the internet.
It’s time to wake up