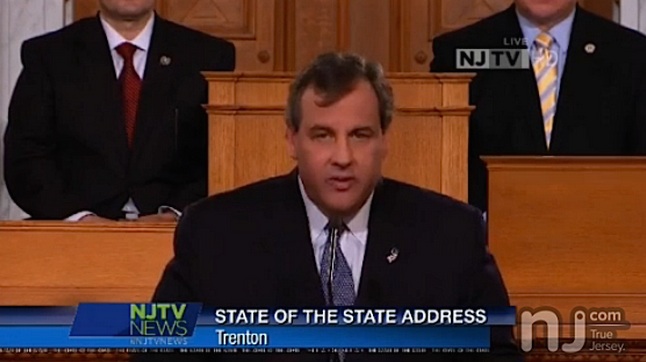 Governor Christie delivers his State of the State address.

“Our school calendar is antiquated both educationally and culturally. Life in 2014 demands something more for our students. It is time to lengthen both the school day and school year in New Jersey,” announced New Jersey Gov. Chris Christie, during his annual State of the State address in January. This quote has since then caused a firestorm of debate between advocates of his proposal and those who oppose it. While having an extended school day and school year could be potentially beneficial for students, it is not the most optimal or financially plausible way to improve education in the state of New Jersey.

Looking at other attempts to implement an extended school day and school year to schools across the country, the one consistent problem has been funding. One example of this is the result of a study done by the Government Accountability Office in regards to the School Improvement Grant (SIG) program. Part of the SIG program included encouraging states to extend the amount of time students spent in school. According to the survey, 26 states were not confident they could continue funding the changes by the time the federal grants expired. Only 10 states believed that they could continue without the use of federal grants.

Currently, New Jersey requires 180 days of school per school year. Most schools begin sometime in early September and end around the middle of June. Adding on to the school year would push the school year into the sweltering summer months, requiring each building to have additional air conditioning costs and maintenance units put in if they do not already have them. In addition to this, it would cause the buildings to stay open longer, causing much more money to be used just to keep the buildings open for school.

In addition to having to add things such as air conditioning, schools would have to renegotiate every teacher’s contract.

With all of these additional costs, one has to wonder where the extra money would come from. A potential solution to this would be to raise property taxes. However, property taxes are already too high as it is and increasing them would only place more financial strain on citizens.

Another problem which arises with the idea of extending the school day is where to put the additional time into the schedule. Does each class get an equal increase in time or no? Is the extra time used only for subjects like English, Science and Math? These questions, along with a myriad of others, all need to be answered before any action is taken.

Now, supporters of Christie’s plan may state that summer vacation is too long and detrimental to students in that they often forget key information that they learned only months beforehand. And, to a certain extent, they are right. However, implementing both a longer school day and a longer school year just isn’t economically feasible. The only way to do so would be to cut funding from various programs, which is not fair to do.

A potential solution to this problem would be to pass legislation to implement full-day kindergarten.

“Full-day kindergarten, in districts where it does not already exist, would immediately double the length of the school day for tens of thousands of young students at a critical time in their development,” said Wendell Steinhauer, President of the New Jersey Education Association.

Going through with an extended school day and school year would require an exorbitant amount of money, and even then would only work if it was implemented correctly. Considering how the state does not have a pile of money lying around to draw from, Governor Christie should really reconsider his plan.