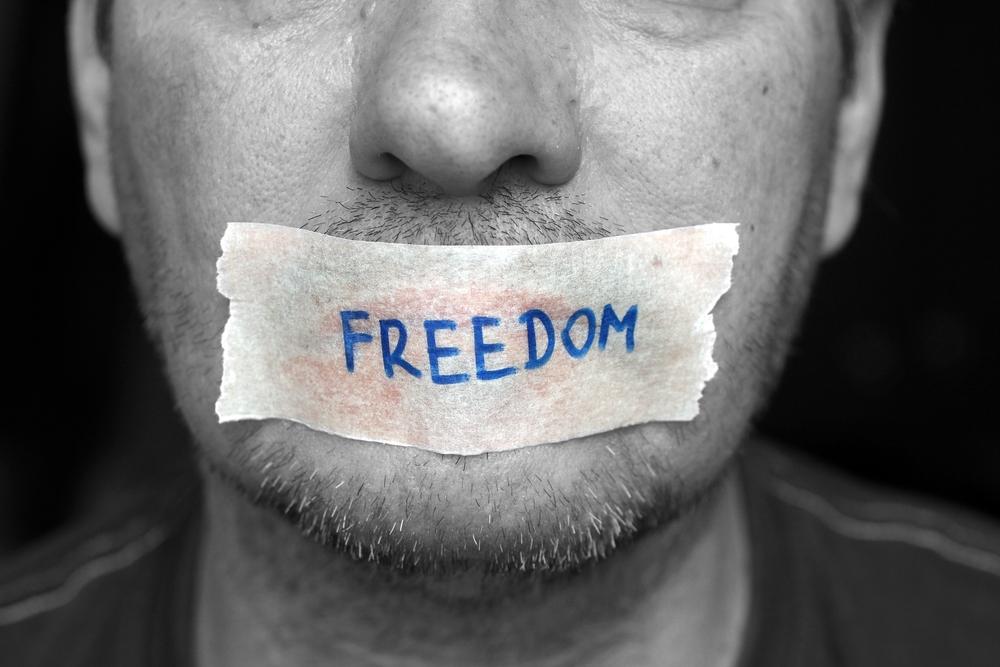 Students at East lack freedom of speech. (Courtesy of www.organgewebsite.com)

Freedom of Speech? Not at East!

In the United States Constitution, the First Amendment establishes the freedom with regard to “religion… or speech”. Historically, the spirit of this amendment has been embraced at Cherry Hill High School East. Students are permitted to wear a wide variety of clothing, can freely play their own music during free periods, and are encouraged to express their individuality. The value of personal expression is evidenced by students’ participation in theater, display of artwork in the halls, and encouragement to participate in extracurricular activities like Student Government and Eastside. A careful look at the Student Handbook, however, reveals that the school’s commitment to free speech isn’t nearly as deep as the founding fathers intended.

The East student planner has it’s own set of rules though. “Clothing with… reference to… Satanism” is considered to be inappropriate. This is an obvious violation of the First Amendment. It is supposed to protect citizens from infringements of their right to freedom of expression.  A religion is defined as “the belief in a god or in a group of gods”, according to Merriam Webster’s Dictionary. Satanism identifies Lucifer as a deity, and is therefore a religion. The U.S. Constitution does not promise to protect citizens’ rights to worship only certain deities.  It does not protect the followers of Jesus while ignoring the rights of those who follow Allah.  Freedom of expression cannot depend upon personal preference. This is true for the country, and should remain true at East.

Freedom to express one’s beliefs is vital to the maintenance of East’s commitment to individuality.  Most would bristle if students were banned from wearing crosses or Stars of David on their neck.  To deprive students of their freedom to express themselves is an offense not just to that person, but to every student attending East. Freedom of expression means nothing if it only applies to certain ideas or ideologies. The school should not be able to pick and choose what speech is worth protecting.  While freedom of speech is not absolute (for example “hate” speech or otherwise dangerous speech like yelling “fire” in a crowded theater), religion has long been recognized as worth protecting. This holds especially true in a high school, where the freedom of expression should be both encouraged and supported. By barring certain students from being able to freely profess their faith, the school undermines its own core belief in personal rights. As the journalist Tiffany Madison writes, “Of all the religions in the world, perhaps the religion of liberty is the only faith capable of purity.” So, if Cherry Hill East wishes to live up to its beliefs of freedom of expression, established in the United States Constitution, it must allow students to fully practice their religious faith. Even if that means celebrating the teachings of Satanism.