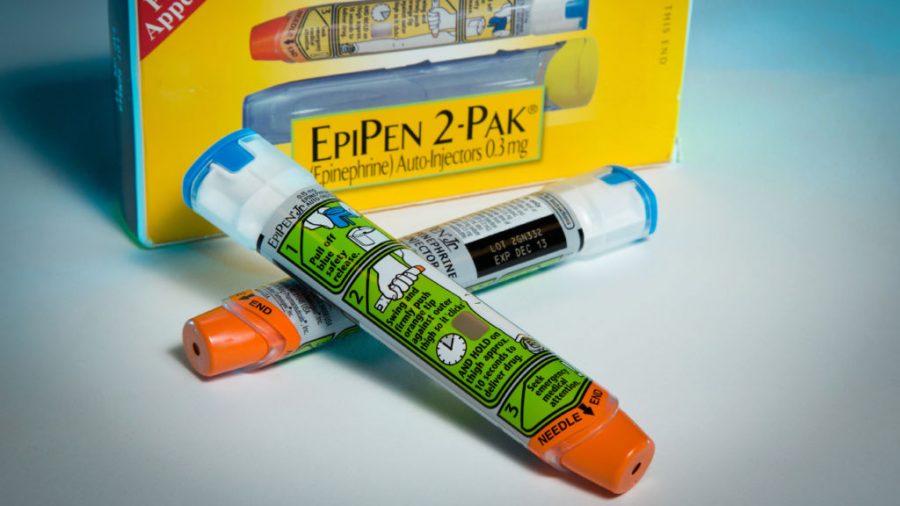 Don’t you think something that can save lives should be sold for as cheap as possible? Shouldn’t greed and money be out of the question on an item that can be the deciding factor between life and death?

For the EpiPen, that is not the case. An EpiPen is an injection that contains epinephrine. Epinephrine is a medicine that reverses the symptoms someone has after going into anaphylactic shock. The EpiPen is used around the globe by people with allergies…including my brother Jason.

In 2007, a pack of two EpiPens was sold for 94 dollars. Today, that same pack of two can only be found for prices upwards of 600 dollars! That is unfathomable, not to mention the shelf life on an EpiPen isn’t that great. An EpiPen expires only 18 months after it is manufactured. Hopefully, people with allergies never have to use one, but throwing away money for an EpiPen to have “just in case” is not fair.

Mylan, the pharmaceutical company that produces the EpiPen, and its CEO, Heather Bresch, say they won’t back down or apologize for the price hike. Bresch even thinks the price is average in the industry.

This infuriates me. A company has the right to charge whatever they want for a necessity for many Americans. Many people have been going to the extreme of making their own makeshift EpiPen. Although, makeshift injectors could be unsafe, they could lead the way to a EpiPen competitor or even to the point where Mylan is influenced to lower its prices. It would be interesting to see one of these makeshift pens make its way to market only to compete with Mylan but of course, at a lower price. Not only would this provide a cheaper alternative to the EpiPen but it could also drive the price of the EpiPen down.

As of now, the price for an EpiPen remains the same, leaving many looking for alternatives or simply forking over their money to the greedy giant, Mylan. I ask that Mylan and Bresch take a second to think, “is greed and money worth the safety of millions whom trust us?” There is a simple answer to that question…”no”.