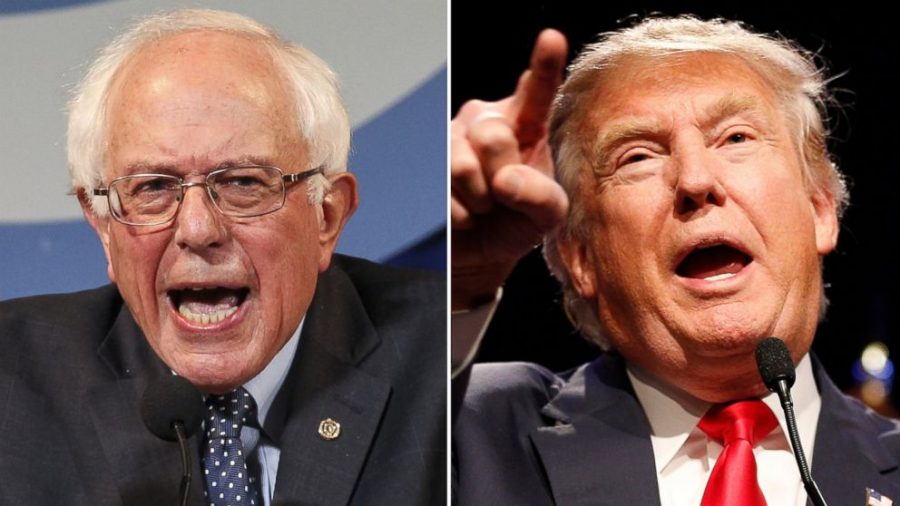 With the first state voting today, the Democratic Presidential Primary is heating up. Vermont Senator Bernie Sanders is leading East students in support, according to a new poll from Eastside Polling. Sanders garnered 21% support, with former Vice President Joe Biden (19%) and Entrepreneur Andrew Yang (13%) rounding out the top three. In other data from the poll, 73% of East respondents disapprove of President Trump and the most important issue to a plurality of respondents (33%) is gun control. The primary poll also found 26% of students to have no choice in the race, making “No Choice” the most common choice.

The poll was conducted from January 16-23, 2020. One hundred respondents were randomly selected in various study halls, lunch periods, classes, and other in-school settings. Respondents, who filled out paper surveys, were of all political affiliations. Thirty-two percent identified as Democrats, 13% as Republicans, 11% as a third party, and 44% identified with no party. Respondents were also split relatively evenly among grade levels. Twenty-three percent were freshmen, 32% sophomores, 17% juniors, 25% seniors and 3% did not provide their grade.
The presidential poll provided some interesting results, with various differences from national polling averages. Sanders and Biden essentially tying for the lead is no surprise, as they are the top two candidates in most polling. Below them, however, Massachusetts Senator Elizabeth Warren performed much worse than her national average would suggest. Warren was supported by 5% of students in the Eastside poll, while her recent average in all polls is 15%, according to Real Clear Politics. Former South Bend, Indiana Mayor Pete Buttigieg also underperformed, gaining 2% East support compared to his 7.1% average. Entrepreneur Andrew Yang exceeded his average significantly, with 13% at East and a 4.7% average in all polls. However, Mr. Yang regularly garners outsized support from younger demographics, polling at 12% in the most recent poll of college students nationally. The number of students with no preference was another interesting result, as 26% did not provide a choice in the primary.

The mid-January survey also assessed what political issues matter most to East students. The top two issues chosen by students were gun control (33%) and climate change (28%). The dropoff from two to three was significant, with immigration (12%) and foreign policy (10%) being chosen by the next highest percentages or students. A September, 2019 poll from FiveThirtyEight and Ipsos found healthcare to be the top policy issue among voters. Healthcare registered as the top issue for just 5% of East students. This could show differences in the issues that young people prioritize in com
The final component of the poll asked respondents whether they approve or disapprove of the job Donald Trump is doing as President. Disapproval clocked in at 73%, with 26% approving and 1% responding with neutrality. “Neutral” was not provided as an option on the survey, but was provided verbally as a response. The rate was much higher among students identifying as Republicans, with 85% approving of the President (11 out of 13).
Eastside polling will assess the President’s approval bi-weekly and the primary race semi-regularly. This is the first poll in both series. Opinion analysis of this polling and the first Eastside Polling Podcast will be released shortly.