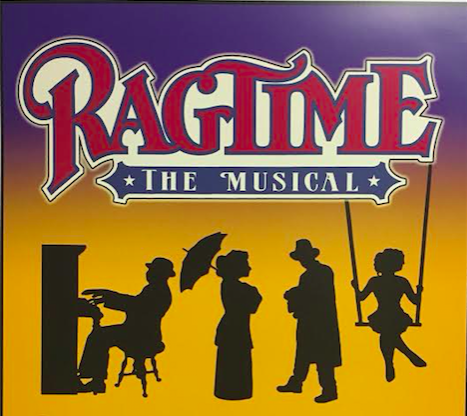 Complaints arise regarding the production of Ragtime. (Gabriella Friedman)

Complaints arise regarding the production of Ragtime.

America has a history of racism, one that we do not look upon proudly, but one that we cannot ignore. Especially in today’s social climate, in which racial discrimination still exists, we have to be aware of the past so that we can better unite in the future. In an age where the N-word is carelessly thrown around in rap songs and used as slang in conversation, students should be aware of the historical baggage this word carries.

In regard to the current controversy surrounding the censorship of the spring musical, Ragtime, the majority of Eastside feels it necessary to stray away from censorship of racial slurs. By keeping these words in their historical context, the audience will feel the emotional repercussions of such divisive language. The inclusion of this language is not meant to divide a community or encourage racism, but rather, to educate an audience on the power of words.

East Thespian Society Troupe 213 has previously performed and succeeded with other productions that present discrimination in an authentic manner, like To Kill a Mockingbird and Cabaret, so why bar them from sharing the brutal truth of our nation’s past now? While many might feel uncomfortable in the presence of racial slurs, the script of Ragtime is not too advanced for the theater program at East. In fact, the production of Ragtime that the Cherry Hill East Theater Department intends to perform in March is derived from a script made for high school theater groups.

The copyright laws already signed by the Cherry Hill East Theater Department state that the high school edition of Ragtime cannot be altered in any way prior to performance. Therefore, censorship of this production brings legal issues to the table, and Cherry Hill East could risk being blacklisted by Musical Theater International (the company from which the Theater Department purchases play rights) in the future. A vast amount of time and money (around $32,000) has already been invested in this production, and this money would go to waste if the play cannot run. This is not only a disservice to the Theater Department, but also to the students who would lack exposure to the social commentary the production offers.

The Theater Department intentionally chose Ragtime as this year’s musical to provoke discussion among the audience about the racism presented and the language used, not simply to entertain. It is important to note that the racial slurs are distasteful, as are the characters who say them, and they will be treated in such a way to prove their despicable nature.

While the majority of Eastside does not support the censorship of Ragtime, it does believe that students should be educated about the historical context of the issues presented in the musical. Students are introduced to racist content in English class with exposure to harsh language in classic novels, including To Kill a Mockingbird and The Adventures of Huckleberry Finn. In a similar way, it is necessary for students to be educated about the racial discrimination that occurred during the turn-of-the-century across the United States, which still permeates through society today. Assuming the Board of Education overturns its previous decision to censor Ragtime, we propose that all English classes have inclusive discussions, grounded in respect and understanding, that explore the importance of literature and the arts as tools to promote the comprehension of diverse viewpoints. Ragtime exposes a scar on our history that cannot be ignored, for if we do not learn from the past, it is bound to repeat itself.