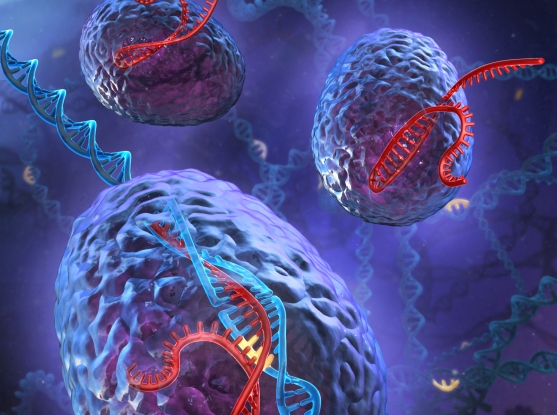 Courtesy of the Broad Institute

CRISPR has made revolutionary advances in the field of genetic enhancement, however, it's implementation is controversial.

The CRISPR- Cas9 is a gene editing tool that has proven to be more efficient, cheap, and accurate than previously utilized techniques of modifying DNA. CRISPR- Cas9 works by using an enzyme, Cas9, to cut DNA at specific loci so that DNA can be either added or removed. This is done with a piece of RNA– more specifically guide RNA (gRNA)– consisting of a pre-designed sequence within a larger RNA scaffold. By binding the gRNA to the DNA, it ensures that the Cas9 enzyme makes its incision at the correct point in the DNA sequence.

While this new technology acts as a turning point in medical and biological fields, I believe that use of the system should be restricted solely to medical application. Modification of the germline for enhancement purposes presents many ethical and moral concerns. Can any substantial reason really be given for using such vital technology to change trivial genomes such as height or hair color? Abuse of CRISPR-Cas9 for enhancement modification purposes will only further advance social imbalance between those that can afford to modify their germlines and those that cannot. In other words, it removes the currently existing “level-playing field”. I firmly believe that the technology may be easily abused to fuel corrupt human ideations. In addition, the technology has yet to be perfected. This then creates an invasion of human rights as the irrational mistake of enhancing one’s germline could negatively and detrimentally affect generations to come. Any modifications on the genome will not directly affect the appearance of the person whose genomes have been modified, but rather, it will affect future generations as that person continues to reproduce and pass on his or her genes. By utilizing CRISPR-Cas9 for enhancement modification, one person may dictate the fate of his or her future generations without their consent, and potentially introduce harmful mutations into the germline.

CRISPR-Cas9 should solely be used for medicinal purposes and the federal government should push for legislation protecting CRISPR technology from being abused by higher class individuals who may have easier access to it. This tool truly redefines the limitations of medicine, now allowing us to begin treating and curing HIV, muscular dystrophy, and even various cancers. Creation of the tool does not mean that we should abuse it for personal gain, but rather allows for more effective means of medical treatment, in turn benefiting the human race.