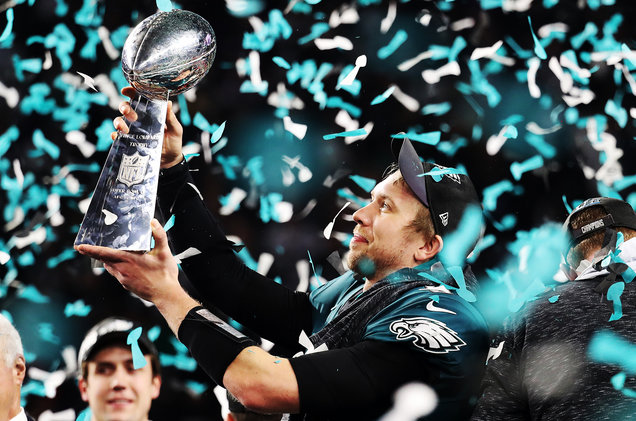 The Philadelphia Eagles have done it. The Eagles and their fans have been waiting patiently for 52 years to bring home the Vince Lombardi Trophy and carry it down Broad St. in front of a sea of roaring supporters. The Eagles defeated the New England Cheaters (sorry, Patriots), by a score of 41-33 in one of the greatest offensive performances in Super Bowl history by both team’s starting quarterbacks. Generations of fans have been waiting for this moment, and it has been a long and hard road. They have watched the Cowboys win five rings, the Giants win four and the Redskins win three, leading to Eagles fans everywhere facing the “how many rings do you have?” taunt for years. But the Eagles won, and will now be bringing the Lombardi Trophy to Philly at the parade.

The parade is a once in a lifetime experience for fans throughout the entire Delaware Valley. Fans of all ages have awaited an Eagles championship for what seems like an eternity. The parade is an opportunity for citizens, young and old, to unite with one common goal, celebration.

While at first glance, it may seem that the Cherry Hill Public School District is promoting education by keeping schools open during the parade, this decision not to cancel actually shows a lack of regard for students’ best interests. Regardless of whether or not the Cherry Hill Public School District is in session tomorrow, countless students will flock to Philadelphia, with the first wave leaving as early as tonight. With no snow in the forecast for this coming week, the school district could utilize its President’s Day make-up day. Other school districts in the area will already be in session for this day as they must make-up the snow day from January 9 when Cherry Hill had a two-hour delay.

Further, with such low student attendance expected, teachers will be unable to move forward with lesson plans.

Besides the fact that many of the students in Cherry Hill have been waiting for this win for years, several teachers in the district who were raised Eagles fans have been awaiting this day too. Those teachers deserve to see their favorite team ride down Broad St. with millions of other fans around them.

Other schools in Collingswood, Oaklyn and Washington Township are off for tomorrow’s festivities. Although Cherry Hill is not known for following other schools when it comes to taking off school, hopefully, they realize what this day means to many people in Cherry Hill who finally have a reason to be proud of their sports team.