Addressing the “most cops are good” sentiment 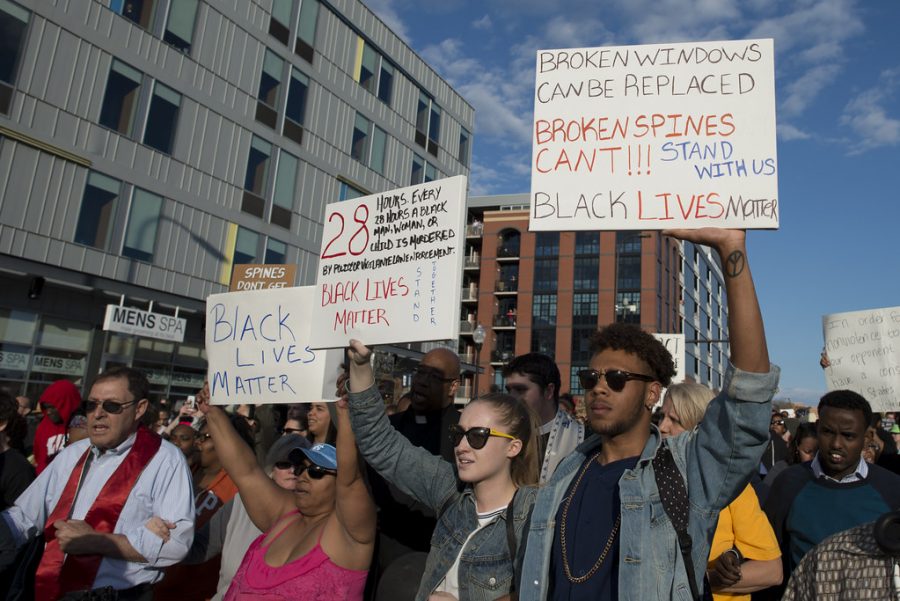 Americans take to the streets to protest the death of George Floyd.

“There’s only a few bad apples!”

“Most cops are great!
The brutal murder of George Floyd has caused a lot of discourse about the police system and this common sentiment of a “few bad apples” has begun dominating the narrative. There is an idea that most cops are inherently good people and these are rare incidents that misrepresent the police force. But here’s the truth of the matter — whether or not a specific cop is a “good person” couldn’t be farther from the issue at hand.

George Floyd wasn’t the first victim of unjustified abuse and hatred from Derek Chauvin, the police officer who cruelly took his life. Nor was he the second or the third or the fourth. Derek Chauvin had 18 prior complaints against him — with little to no real consequence. Of the 18 complaints, only two of them were “closed with discipline” according to an MPD internal affairs summary. Situations like this are occurring all over the country. For every George Floyd, there are thousands of other victims whose deaths have never even been recognized on a national level.

Every single police officer that knew about Derek Chauvin’s past is complicit in the crime. Tou Thao, the police officer who stood there and watched Chauvin asphyxiate Floyd, is equally as culpable. Being a bystander makes you complicit. Not only does saying “most cops are good” undermine the thousands of incidents involving law enforcement, it is an oversimplification of the issue. It’s an easy way out of an incredibly complex situation. We can not just hold the police officers who killed these men accountable; we must hold the entire system accountable. If you enable the people around you to do terrible things, you are part of the issue.

In order to overhaul the current police system, there needs to be a separate entity evaluating police officers actions and establishing accountability. Workplace politics and fear of retribution should not be the difference between life and death. Police unions across the country have advocated for collective bargaining agreements that have made it close to impossible to hold officers accountable and because of political agendas, leaders on both sides of the political spectrum are afraid to speak out against these corrupt unions. The government must regain power from these unions.

Furthermore, we must reform the training process to become a cop. Not only does the extent of the police academy need to be thorough, we must emphasize the importance of understanding natural human biases and how to effectively work in diverse environments. A 2006 report from the Justice Departments shows that average police officers are given 60 hours of training on firearms, 51 hours on self-defense, yet only a combined 24 hours of training on ethics and integrity, community policing strategies, and meditation/conflict strategies. They are only given 4 hours of training dealing with hate crimes/bias crimes. There needs to be extreme changes in protocol and training in how police officers handle situations in a less aggressive manner.

More than anything, we need real consequences for horrifying actions. These reforms are only the tip of the iceberg. This system wasn’t built for black people. This system was built with institutionalized racism ingrained in every aspect.

And the even tougher conversation everyone must participate in is why do we have these negative stereotypes about certain minority groups? Why is it so hard for law enforcement to treat African Americans in the same manner as their Caucasian counterparts? All stereotypes are based on truth and there is a lot of poverty, violence, and crimes in these minority communities. We have to educate ourselves on the systematic issues that have led to this and support programs that give equal opportunity to everyone to succeed regardless of socioeconomic status.

Changing the systematic abuse that has lasted hundreds of years in this country isn’t simple. It’s definitely easier said than done. Taking power back from unions and rebuilding the current infrastructure takes time, significant effort, and widespread support. It’s infinitely easier to simply chalk these situations up to being isolated. But they’re not.

The feel good stories of genuine cops online standing with the protesters are great, but at the end of the day, they don’t mean anything without reforming the entire criminal justice system. We can not depend on a specific cop’s sense of morality in a country overwhelmed by racism and discrimiantion – a few bad apples rotten the bunch.