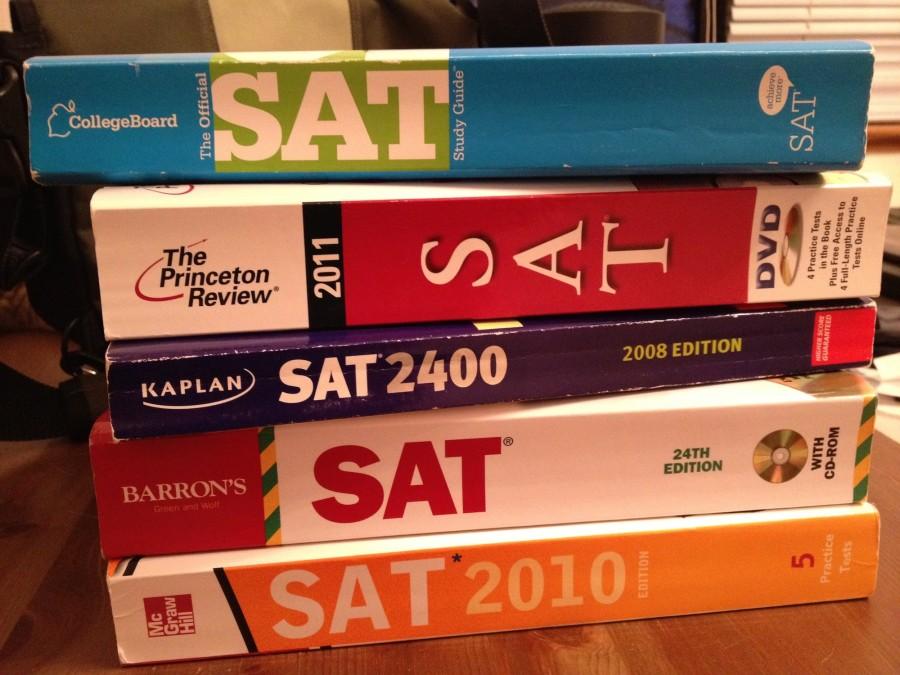 When the new SAT is introduced in 2016, current SAT preparation books will become obsolete.

In the spring of 2016, students across America and abroad will be introduced to the new SAT exam. Earlier this year, news of this change surfaced, leaving many past juniors and seniors frustrated by the new advantages that students who take the new version will get.

No More Penalties for Incorrect Answers

The biggest change that students nationwide can agree on as being unfair is that there will no longer be a penalty for wrong answers. On the current exam, ¼ of a point is deducted for each incorrect answer, but no points are deducted for omitting questions. Students find themselves skipping numerous problems as the possibility of losing an exorbitant amount of points looms in their minds. On the new test, students will only be awarded points for their correct responses, and will receive zero points for incorrect answers. According to the CollegeBoard, this new method will encourage students to select the best response to the question given.

Yet, this new addition will also make the exam less difficult as nothing is being lost. Using this method, the CollegeBoard is also mimicking the ACT exam where filling in a bubble for each question is encouraged. Over the years, there has a been a constant debate about the inequality between the SAT and the ACT in terms of rigor and other factors. Therefore, this may be a way for the CollegeBoard to even the playing field with the ACT’s more knowledge-based exam. Moreover, the CollegeBoard will now be placing more stress on the use of science and social studies, a concept that the ACT has utilized for years. In each writing, reading, and math section, students will be faced with applying their previous knowledge in each area to solve problems pertaining to science or social studies—whether it be in the form of a graph, a text, or the like.

Another interesting change that will be unveiled in the new SAT is that of integrating America’s founding documents—namely the Declaration of Independence, the Constitution, and the Bill of Rights, into each exam given. By doing this, the CollegeBoard believes that it will be reinforcing the knowledge that is important to know as a citizen of the United States or as a student planning to study in one of the country’s colleges or universities. This new addition is particularly noteworthy as it incorporates things that are so crucial to the groundwork of the United States but are not discussed in large within any setting other a history classroom. In the long run, this new aspect will prove to be helpful as it will increase the knowledge that students have about the founding documents that the United States is built on and just how important they are to our everyday life. As a society, we currently lack awareness about our own liberties and where they originated from. Through this addition, we have the ability to heighten our overall awareness.

In the area of mathematics, the new exam will now focus on three areas: “The Heart of Algebra,” “Problem Solving and Data Analysis,” and “Passport to Advanced Math.” The CollegeBoard argues that the current SAT exam includes math that not all students learn within their schools. By focusing the math problems chosen within the three areas, the organization hopes to increase students’ opportunity to succeed and excel in math. By altering the way the math sections are presented, it will undoubtedly allow for a heightened chance for each student, no matter their mathematical talents, to score more desirably. Further, by narrowing down the types of questions from the large array of kinds we see on the current exam, students will be able to zero in on what is important and what can be largely disregarded.

An improved, but optional, essay

Two final major changes to the SAT exam are that of scoring and a new optional essay. Since 2005, the SAT exam has been graded on the iconic 2400 point scale. Now, however, the exam is returning to the 1600 point scale with the Reading, Writing, and Math sections being scored on the familiar 200 to 800 point scale.

The new essay, which is now scored separately and is also optional, strays away from the classic essay that students have written for years. In this new essay, students will now have to analyze how the author of the text given builds an argument rather than using a book, historical event, or personal experience to respond to a prompt given like those on the current exam.

Increasingly, colleges and universities across the nation have been vocal in their opinions that incoming students no longer write to the same caliber as those that came before them. In an attempt to fight this, the CollegeBoard believes that this new essay format will force students and teachers alike to practice writing in a way that most colleges and universities expect.

In 2005, when the CollegeBoard introduced the version of the SAT that we see today, they made the essay, which had previously been optional, mandatory. Now, the essay will be made optional once again. This seems quite contradictory as the CollegeBoard is placing a large amount of emphasis on the importance of preparing students for college and university level classes but are not forcing students to participate in the writing prompt. If students choose not to participate in the essay, it is likely that they will not be preparing in the same ways for college that students who do opt to participate in the essay will be, therefore putting themselves at a disadvantage as they step onto campus.

Finally, in an attempt to cater to a larger percent of the population, the CollegeBoard has recently teamed with Khan Academy to offer free test-preparation materials and programs to all who plan to take the exam. By offering free services, more students, despite financial hurdles, will be able to receive the preparation necessary to succeed on the exam whether they come from a low-income family or one that has no financial concerns. Although this new addition probably poses concerns for well-known test-prep companies like Kaplan, we have gone too long allowing students of means to have a higher chance for success on the exam just because they can afford the exorbitant amounts that these companies charge for their services.

Hopefully a Move in the Right Direction

Overall, the new 2016 SAT exam seems to be more focused on preparing students for higher education and their futures rather than simply trying to trick them out of obtaining a score deemed as “acceptable” by the most selective colleges and universities. With an obvious goal of both diversifying its student pool and increasing nationwide awareness, the new and seemingly improved SAT exam will hopefully be a stride in the right direction for all involved.