Update on the reconstruction at East 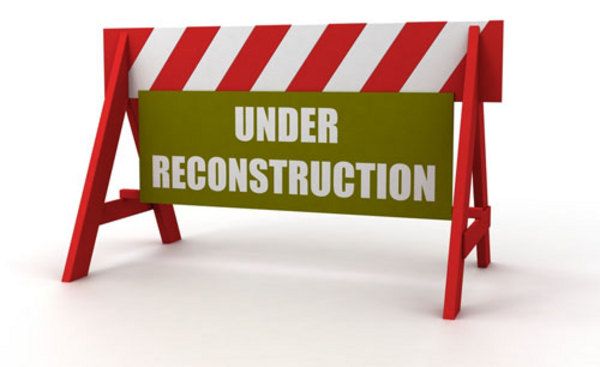 Cherry Hill East is under reconstruction.

On April 6, 2020, Cherry Hill East will be undergoing a major refurbishment. Locations of improvement will include the cafeteria opening near the auditorium, all the way to the East gym through F-wing.

After some of the reconstruction takes place, students and staff should expect to see walls up in the cafeteria and the courtyard. The right and left sides of the school will also be closed.

Furthermore, other changes will be made, such as closing off the breezeway between F-wing and C-wing and replacing all windows in that area. The major area that will be temporarily affected as a result from this 7-8 month project will be the courtyards. So how does this impact you?

For one thing, F-wing will remain open. Rooms in that hallway will continue to hold classes. The greatest impact on the school will be the lack of the courtyards. The cafeteria will be a little bit shorter than normal due to the renovation of the walls, as well as the ones in the hallway between the Cafeteria to C-wing.

So what are the solutions to these changes? For one, individuals must go around to F-wing, past the East Gym, or come up by the Dibart Gym to get around. This would all depend on the location of the class that they are going to.

Additionally, although students may not have a similar experience this spring and fall with their preference of sitting in the courtyards, an alternative may present itself in the next few months. The courtyard right outside of A-wing will be available to students.

Mr. Louis Papa, Head of the building’s security, said, “[The administration] will make whatever accommodations we can as best as we can.”

After an inspection of the building, the district architects noticed the deficiency of the walls over the years, concerning the structure of the existing brick to the halls. The architects had therefore decided on reconstruction.

The conversation about major reconstruction in these particular areas of the school has been going on for about 6-7 months.

Mr. Papa will sit with the principal every one or two weeks to discuss the terms and effects of reconstruction. These meetings will be vital, as there may be changes in reconstruction that need to be addressed or there may just be weekly updates on the school’s condition.

All components of this decision may be subject to change until a final plan has been made, which Papa says– is coming very soon. Only then can he let the rest of the faculty and students know about the plan for reconstruction.

“We talk[ed] to them about [what they can do to] impact us minimally, and that is their goal– to have it done as fast as possible with minimal impact,” says Papa.