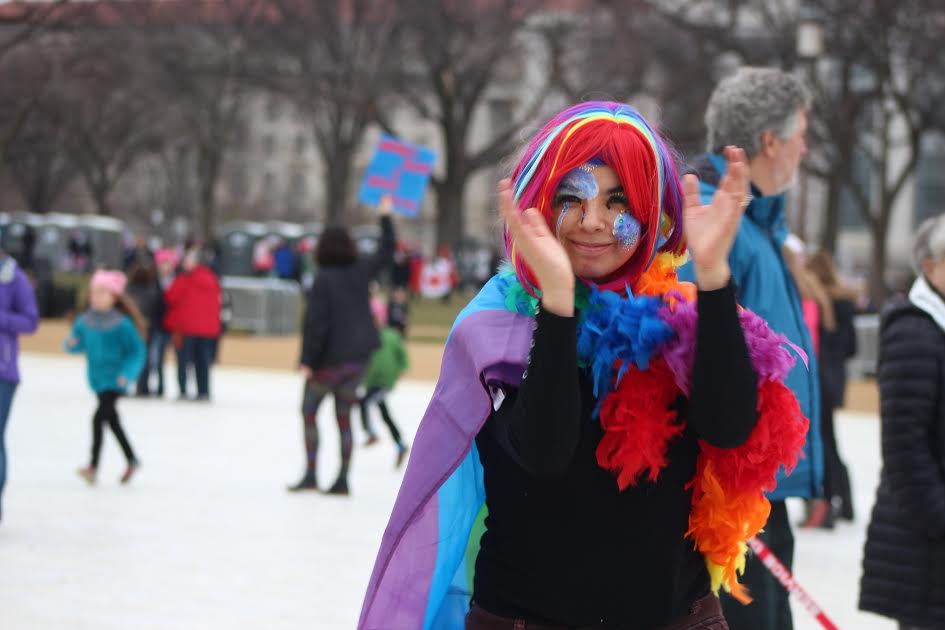 The Women’s March takes over the streets of Washington, D.C.

On Saturday, January 21st, women all across the world came together to march to protect their rights; here are some of the signs of resistance. 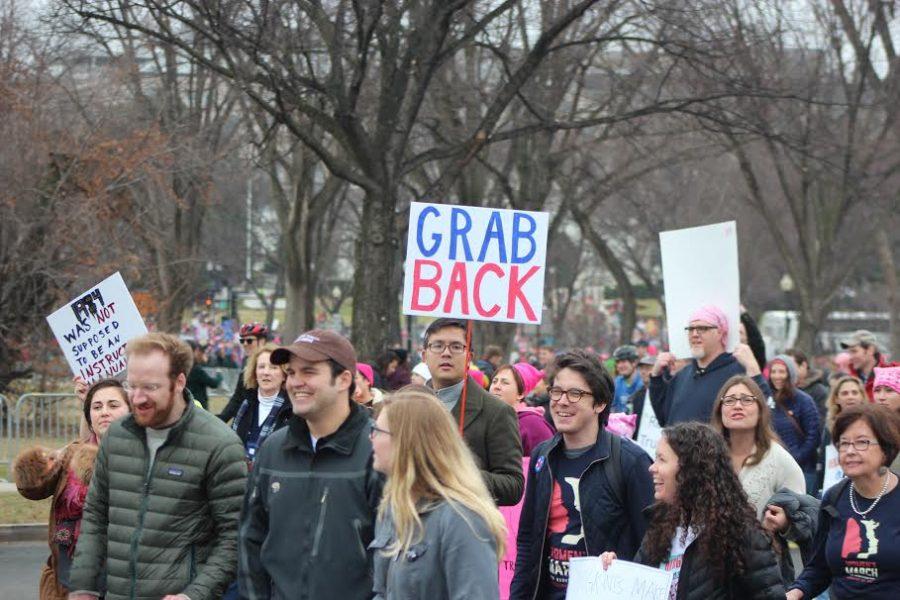 The day after President Donald J. Trump was elected was a historic day for both America and the rest of the world. No, it’s not because of his withdraw from the Trans Pacific Partnership or that he greenlit the construction of a wall along the border of the U.S. and Mexico. Rather, these events are what have flooded the media with nonstop coverage and spots on the trending list; the Women’s March.

If you’re not familiar by now of what the Women’s March is, allow for some summarization. Following the night Trump was elected, Hawaii-resident, Rebecca Shook, wrote a post on facebook expressing her frustration with the turnout of the results and questioned the idea of a protest in Washington D.C. This post went viral, and soon a D.C. march was organized along with other marches across the globe in order to peacefully protest Trump and protecting women’s rights. An estimated 500,000 to 1.2 million people attended the D.C. march.

The Women’s March proved this; that love embodies peaceful protest, and those who are nonviolent in their actions speak the loudest, all with a simple sign.”

What the women were protesting, however, has been heavily debated. While some argue that they were not only protesting the presidency of Trump, but also his plans for defunding Planned Parenthood. Others say that it was a march with it’s intents broad, one sign reading “Women; 51% of population, 19% of congress.”  Another sign held by a man in a Yale University sweatshirt read “I am fighting for my patients (MD for Obamacare).”

While posters and signs were what dominated the visual aspect of protesting, other forms of peaceful protest consisted of people dressing up as a “wall” that contained slurs said by Trump towards women and other minorities. Some women dressed up in hazmat suits with the word “resist” on them, while a woman dressed up as Leia Organa from Star Wars, who is known for being a strong symbol of feminism and resistance. The most widescale form of protest using clothing was a pink hat with sharp corners, giving a cat-like appearance which alluded to one of Trump’s most controversial comments he has made.

Aside from visual forms of protest, chants such as “love trumps hate” and “this is what democracy looks like” echoed throughout the march, with a new chant every minute. These chants were empowering to hear, as a small group of people would start them and the chant would spread across the whole march, with thousands upon thousands of people chanting that phrase. A chant so quiet and miniscule erupted within a minute into a large scale cheer across a whole street, proving the true power of peaceful protest.
History was made on Saturday the 21st, and the world has spoken; resistance is not silent. It’s signs are everywhere, and when these signs come together, they are truly unstoppable. As Martin Luther King Jr. said, “at the center of nonviolence stands the principle of love.” The Women’s March proved this; that love embodies peaceful protest, and those who are nonviolent in their actions speak the loudest, all with a simple sign.

5 Responses to “The Women’s March takes over the streets of Washington, D.C.”