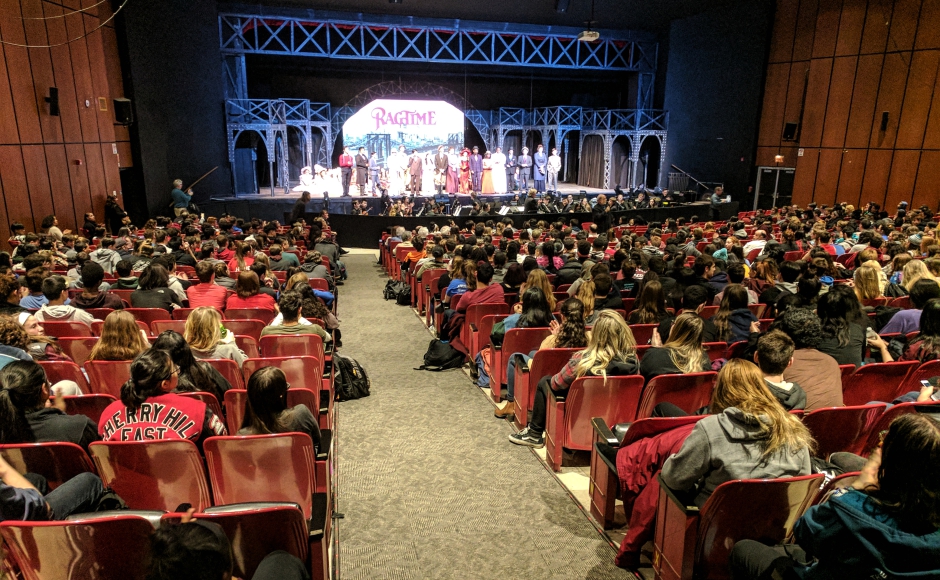 Tonight the Thespian Society will be holding their inductions.

Becoming a Thespian is a milestone in the life of a D-winger at Cherry Hill East. To become a member of the International Thespian Troupe 213 is more than something to list on college applications, but it cements your position in the D-wing community. Membership in the society  is considered one of the greatest honors a member of the Cherry Hill East Drama Department can earn. And the process to become one can be nerve wracking, but in the end the pride and joy of becoming an official Thespian makes the process well worth it.

To become an official Thespian member of the International Thespian Troupe 213, one must submit an application to be a considered as a candidate.  An applicant must have participated in at least three Mainstage productions (play and/or musical) and must be awarded at least thirty-eight points based on his or her participation in theater. The 38 points are added up based on a point system. There are guideline for calculation based on various role sizes, participation, etcetera that correlate to a student’s commitment and dedication to the arts. A sponsor will verify a student’s amount of points and check if they fulfill the requirement of 38 points. Sponsors are the executive board of the Thespian Society, including the president, two vice presidents, secretary, historian and publicity chair. The club’s advisor, Mr. Thomas Weaver, is also a sponsor.

After reviewing each application carefully, chosen students are permitted entrance into the Thespian Society. However, before making it official there is a required induction ceremony where recently admitted members must either perform a monologue, prepare a musical number, present a technical presentation, or give a three-minute speech that answers the question ‘Why do I want to be a Thespian?’.

The induction ceremony is usually broken up into two acts. The first act is comprised of all the performances and the second act consists of officially presenting the new inductees and candlelight ceremony, as well as reciting the Thespian Oath. It then when a new inductee becomes an official member.

Membership of Thespian Society goes beyond your high school career, but it lasts for a lifetime.