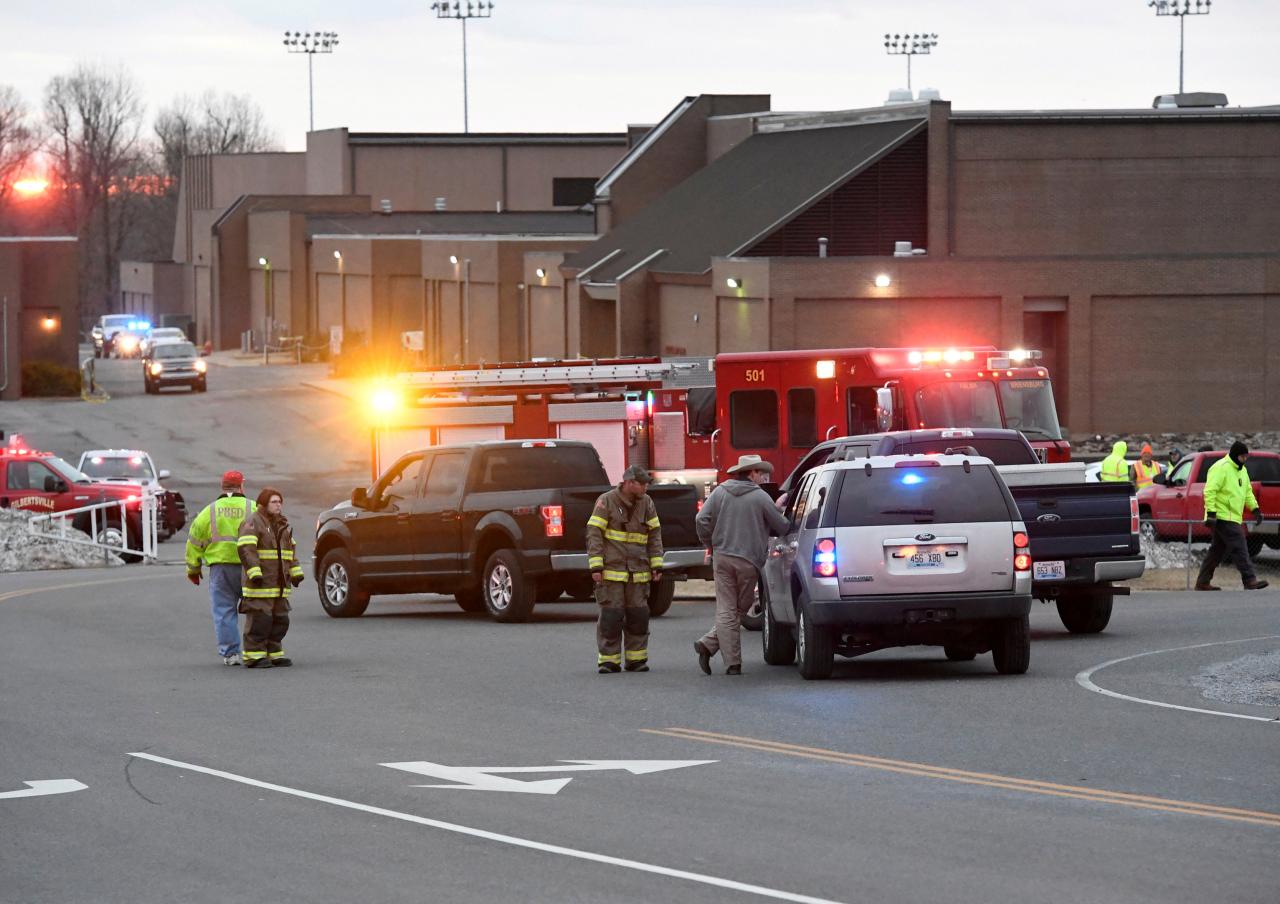 Police investigators are seen at the scene of a shooting at Marshall County High School in Benton, Kentucky, U.S. (Courtesy of REUTERS)

This was the nation’s 11th school shooting this year. It is only January.”

[For 2,200 students] walking through the doors, spreading their arms, getting patted down, is that what you want? Is that what the parents want? [A police state] is what it becomes, ”