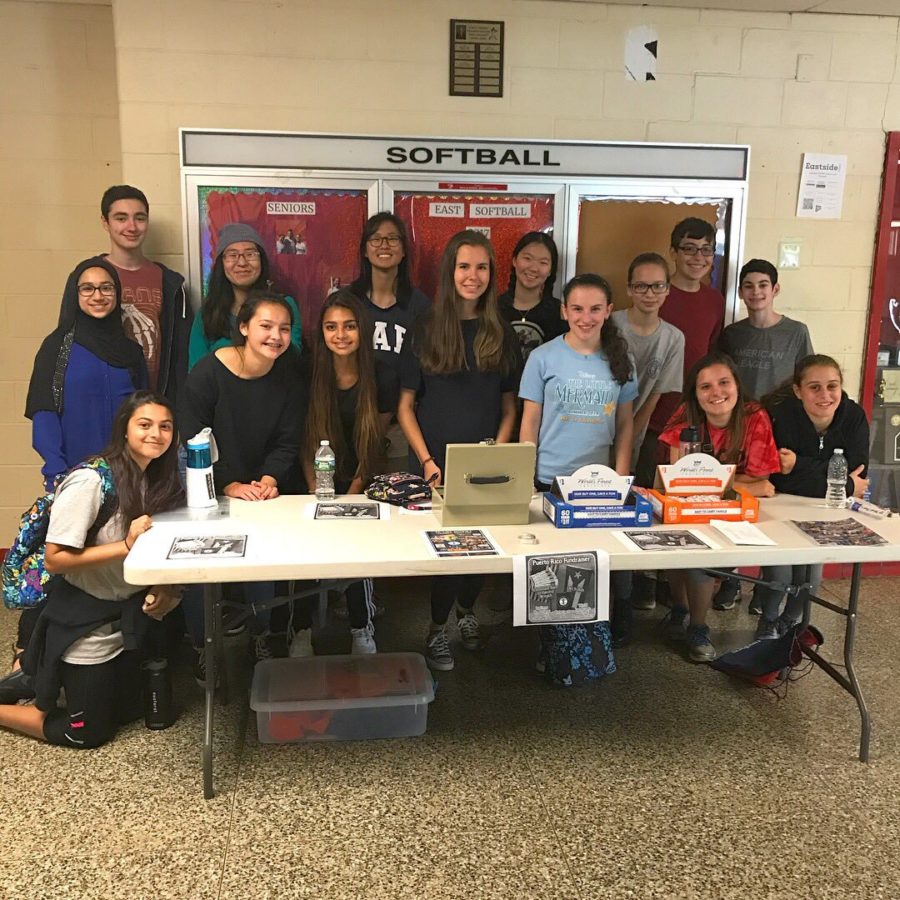 In observance of Veterans Day,  the Interact Club at Cherry Hill East is busy preparing handwritten letters of gratitude for our nation’s veterans.

During the past week, students involved in the club have been creating colorful and thoughtful cards to thank military veterans for their service. The cards will be delivered to Vineland Veterans Memorial Home prior to the holiday.

“I think it’s a really nice thing to do that, to give back to the people that are serving us,” Nicole Benson (‘20), a member of the Interact Club, said.

East’s Interact chapter was started in 2016 and has been very popular due to high student interest in community service. Ms. Jastrow wrote that the East Interact Club has 250 members, with approximately 70-80 active members. This year, Ms. Constans joined Ms. Jastrow as co-advisor of the Interact Club to further support the large membership. Interact Club members select various local and international service projects for the club to support each year.

According to Benson, the Interact Club does fundraising and community service locally and globally for charities and organizations. East’s Interact Club has been busy this Fall with service projects that include a candy bar fundraiser to benefit Puerto Rico, an outdoor cleanup at East and volunteering at a local food pantry.

East’s interact club has been busy this Fall with multiple service projects both at East and beyond. During the month of October, the Interact Club sold chocolate bars to benefit Puerto Rico after the devastating hurricane. Members attended East events to sell candy for one dollar a bar. The fundraiser was a sweet success and Interact Club raised more than $2,700 for hurricane relief in Puerto Rico, wrote club Vice-President and Secretary, Mattea Boyarsky (‘18).

On Halloween, during both lunch breaks, about 30 members of the Interact Club participated in what they called a “Hallow-cleanup.” Giana Maccarella (‘20), a member of the Interact Club, said that she thought the cleanup was a success and was proud of the work that the club did to benefit the environment and the school.

Many club members expressed feelings of gratitude for the opportunity to be in a position to help others and give back to the community.

“They get the money that we raise which helps them, but at the same time it helps us . . . . it’s a feel good kind of thing,” Boyarsky said.