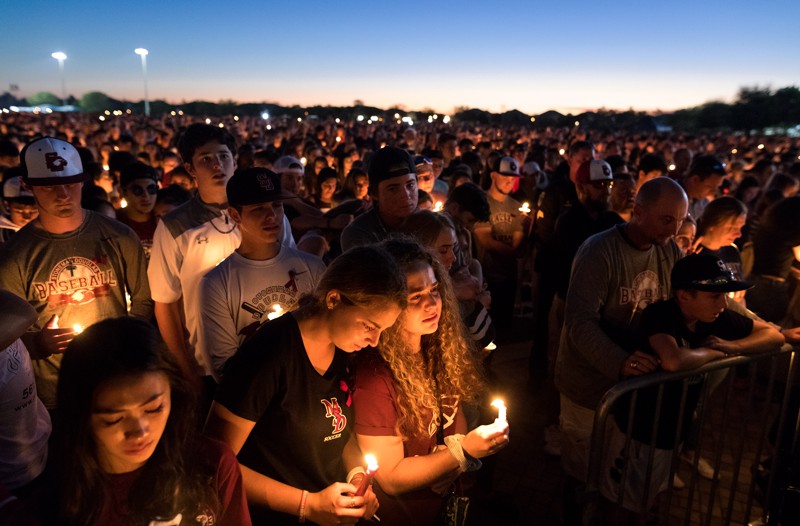 The Aftermath of the Parkland Shooting: How can Cherry Hill take action?

In the wake of the recent Parkland shooting, more and more people are starting to draw attention to the issue of gun violence. At Cherry Hill East, this tragedy has caused particular distress amongst many parents, students, and teachers. Read on to learn all about the effects the shooting has had on students as well as what the Cherry Hill District is doing and plans to do in order to cope with the loss. 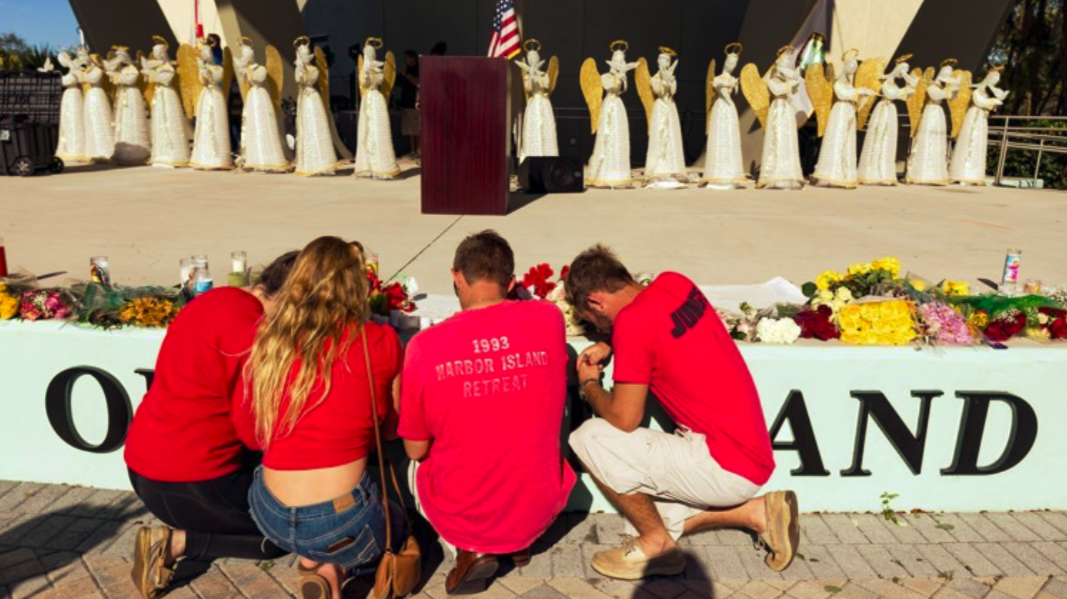 Where does East go from here?

March 24, Stoneman Douglas students will be marching in both D.C. and Parkland, marching for their right to live. The time for change is now, and we, as students, have the power to enact that change. #NeverAgain #MarchforOurLives

Something unimaginable occurred in Parkland, Florida last week. Now, students in Cherry Hill look to East administrators, to not only try to imagine, but to be prepared for a similar situation. Making sure 2,200 students are safe during just one school day entails an immeasurable amount of pressure, a daunting task that leaves many, even Principal Dr. Dennis Perry, very concerned at times.

“I’m a father, I’m a husband, I’m a school principal, I’m a human being. What initially runs through your mind is the pure terror the people must have felt that were there, and then immediately I think of their families. As a principal I think of you guys as my [children]… and it’s impossible to divorce the roles, and as an adult you don’t want any harm to come to any [students] ever,” said Perry.

I’m a father, I’m a husband, I’m a school principal, I’m a human being. What initially runs through your mind is the pure terror the people must have felt that were there, and then immediately I think of their families. As a principal I think of you guys as my [children]… and it’s impossible to divorce the roles, and as an adult you don’t want any harm to come to any [students] ever”

Soon after tragedy strikes it becomes time to discuss plans for the next day. Guidance counselors must be prepared for the connections made between students at East and students at Marjory Stoneman Douglas High School. Communication with the administration at Cherry Hill West is also carried out to make sure both schools are on the same page regarding procedure, Perry said.

Additionally, a moment of silence, or lack thereof was discussed among school officials in the aftermath of the attack. Due to the community’s reaction to the lack of a moment of silence on 9/11, Perry discussed different options with the administration at Cherry Hill West to see how both schools would deal with the immediate situation. Perry said they came to a consensus that a moment of silence may “upset more people if we do it, or anger people if we don’t.” Both high schools decided to work through this by utilizing all of the student-run groups to spread awareness and support.

Perry must handle the task of working with the frightened students looking to make a difference, while keeping in mind his own concerns and fears regarding safety.

“I want to help the [students] through this time, I’m not, as a principal, looking to put negative consequences on the students who are trying to do good. But at the same time, I am responsible for everyone’s safety, so I don’t think having everyone walk out of the building is safe,” said Perry.

Perry believes a walkout is not the safest option for East students to show awareness, but he agrees that measures should be taken to show the Parkland community that we stand with them, he said.

“There needs to be something… there is too much pent-up energy,” said Perry.

Perry suggested a walkout to the courtyard or gymnasium to eliminate the dangerous factor of 2,200 students freely roaming East’s campus. Besides suggesting a walk within the school, Perry also feels a walkout may be useful in showing support for the victims. He suggested walking down Kresson Road to Cropwell as a possible route.

In the future, Perry and his colleagues have discussed increased security in and around East. The administration is looking to increase security by reconstructing the entrances within the next couple of years. Although the Board of Education has not yet voted to put forth a referendum on this change, this change should decrease the amount of people openly walking in and out of East by including new buzz-in systems and doors.

Even though measures are being taken to make East a more secure environment, the students also need to be better informed about how to react to situations like the one in Parkland. To do so, Perry plans to hold more drills at times that are not optimal: during lunch or in between classes. As a result, students and faculty will learn how to deal with the situation at any time or in any place.

Get ready because change is coming, and it’s coming fast. #NeverAgain #MarchForOurLives

Ultimately, East is a part of a larger population: the thousands of high schools in America. Students nationwide, including those of East, are looking to make a change. This generation will not be silenced, and it will not allow anymore of its peers’, friends’ or siblings’ lives to be stolen. Almost 19 years since Columbine, the first of these massacres, 12 mass school shootings have taken place.

In 2000, a New York Times article presented information about the zero tolerance policies used in schools throughout the region. Representatives from different schools are quoted throughout the piece, commenting on the security protocol used to keep their hallways safe. At the end of the article, former East Principal Mr. James Gallagher states his own views on the parallels between East and the school it has been dubbed most similar to, Columbine.  The article discusses the methods enacted by administration, at the time, to eliminate violence in East hallways. Zero tolerance policies, video cameras and prevention programs are still prevalent today even though the enforcers have changed. Yet, just over 17 years after that comparison was made, 17 lives have been tragically taken at another school, also comparable to East.

During this time, East students look to administration with an expectation that they can answer the question: “what’s next?” 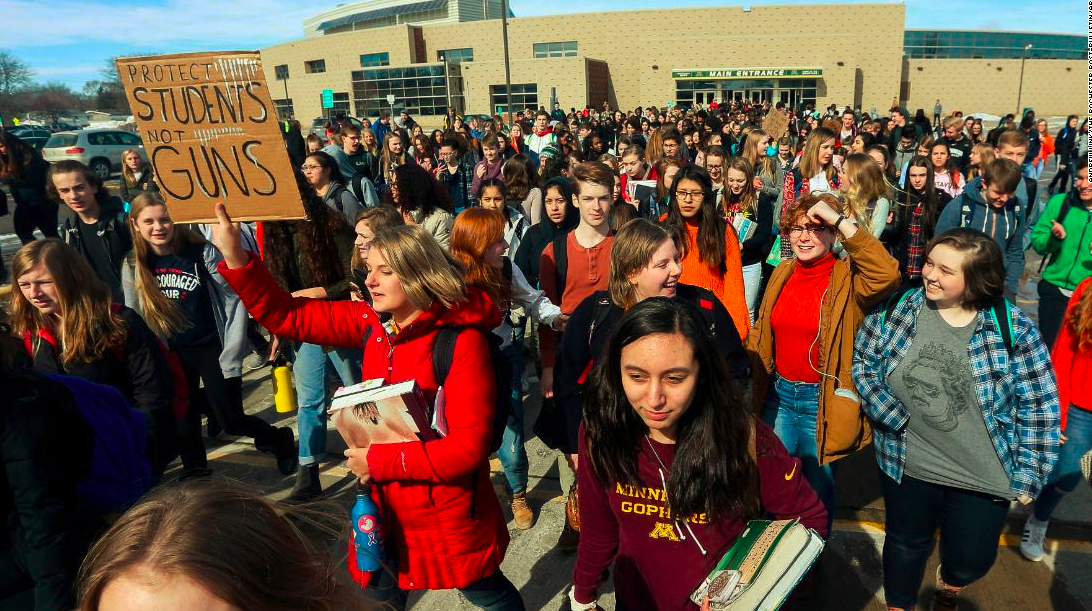 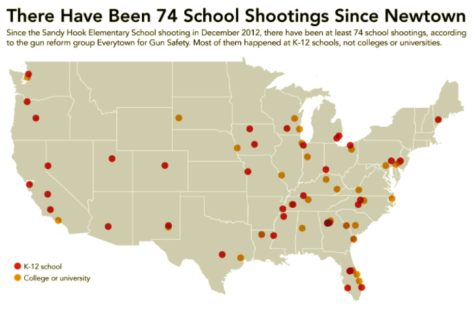 In an efficient response, superintendent of the Cherry Hill Public Schools, Dr. Joseph Meloche, sent out an electronic letter to the community. He wrote that “safety and security remain the primary focus of our responsibility.” Meloche named the Director of Security and mentioned that each school practices drills each month for emergency response preparation.

Meloche also encouraged parents to communicate with one another and with their children in order to provide beneficial and positive outcomes. He truly approached the situation in a calm manner to encourage reassurance around Cherry Hill.

If you have a concern, even the slightest of concerns — speak up, say something, share your concern”

After reading this letter, it is likely that many members of the Cherry Hill community felt a sense of relief knowing that the district has well prepared its students and will continue to do so after the 18 school shooting tragedies that have occurred across the country just this year. The various resources for our youngest students to most experienced teachers definitely make community members a bit more comfortable.

After all, in times of trouble the community must work together to ensure school safety. Meloche did his part by informing the district, now the community must do its part in recognizing any dangers. As Meloche wrote, “if you have a concern, even the slightest of concerns — speak up, say something, share your concern.” 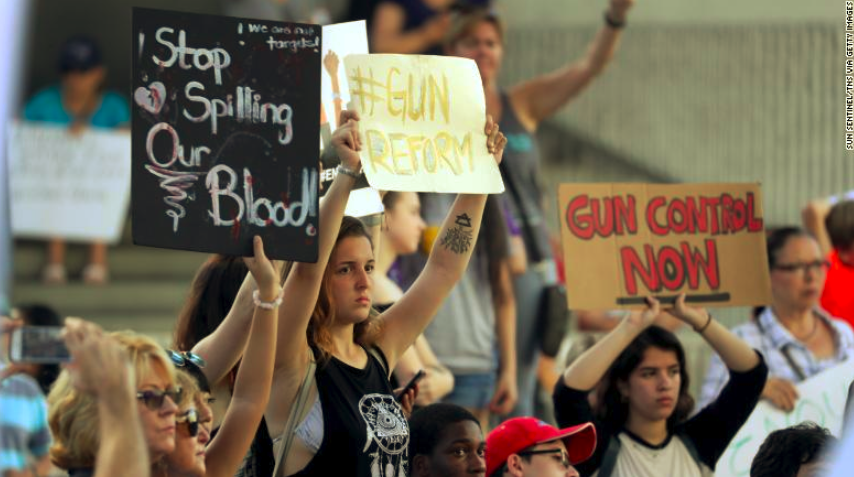 The Role of Social Media in Mass Shootings

Parkland survivor David Hogg: “Now that you’ve had an entire generation of kids growing up around mass shootings, and the fact that they’re starting to be able to vote, explains how we’re going to have this change. Kids are not going to accept this." (ABC) pic.twitter.com/7ag3ZmmTDb

At 2:19 in the afternoon, Nikolas Cruz arrived at Marjory Stoneman Douglas High School in Parkland, Florida. Moments later he would open fire, killing 17 and wounding many more. This tragedy was displayed across all forms of social media in the same amount of time it took law enforcement to locate and arrest the suspect.

Before the day was over, anyone and everyone who has an account on Twitter, Facebook and other forms of social media could see the carnage. Videos of lifeless bodies, pictures of pools of blood and interviews of students crying flooded the internet for the world to see. It is too much too handle.

I found myself scrolling through Twitter, sick to my stomach. This awful act has become all too real. “You never think it can happen to you, until it does,” is a phrase that comes up often after mass shootings but this has never resonated with me like it does now. Seeing videos of classrooms similar to those that I sit in five days a week, hearing the words of distraught parents just like mine gives me the chills.

Social media has magnified unfortunate events like this more than ever before. The raw emotion radiated from these posts inflicts pain on those viewing them. I could not help but think about what I would do in such a situation through the entirety of my first period class the day following the tragedy. I have heard from classmates that instead of sleeping, sat up all night planning escape routes based on their class schedules, after seeing the horrific events that took place.

The world we live in today is a different place. The classroom has become a war zone and AR-15’s have become more common in schools than in police departments. While we witness tragedy after tragedy on social media, the world speaks on the very same platform and it is screaming for change.

One Response to “The Aftermath of the Parkland Shooting: How can Cherry Hill take action?”