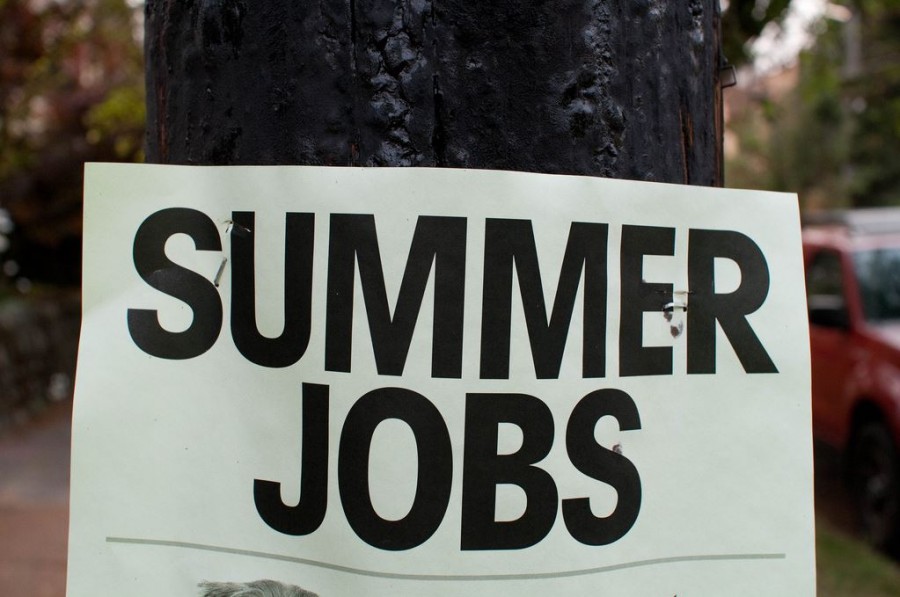 The summer is an open slate for-two months, practically undecided for the individual. During this season, the world is anyone’s oyster; the ubiquitous popsicle, and even basketball were both invented with this envelope of free time. For some, the time is an opportunity to obtain job experience, boost one’s resume, and perhaps the most appealing reason–to earn money. Each summer, proportional to the technological progress and demand of labor, there are more and more jobs, with a vast multitude of options.

Many factors go into selecting which job is preferable compared to others. Although seemingly subtle, location is fairly important. One will blatantly choose a job a ten minute walk away versus a ten hour flight, but there are more intricate details, too. For one, beginning the search itself in a region of prosperity is useful, but there is a tradeoff for the more distant, yet even more booming areas. Forbes considers Rochester, NY, to be the best place to get a summer job. However, Google maps points out that this area is over a six hour drive, assuming traffic, from the Cherry Hill area. A twelve hour work commute is certainly less than ideal. For the high school student, many of whom cannot drive, a local finding is better, despite the sacrifice in options, for public transport will be more convenient in those situations.

Many East students prefer to work locally, whether the job keeps them within the Camden County or over the bridge in Philadelphia. Some choose to work at local camps or swim clubs as supervisors or advisors, while others choose a job that has more exhilarating and difficult requirements.

For instance, David Cheng (’18) decided to work in Philadelphia, Pennsylvania this summer, with several of his other friends, to distribute tickets to cars throughout the streets of the city.

“The job seems relatively dangerous,” Cheng said, “But hopefully [my friends and I] can handle it and pull through with the job.”

Another quality to consider is a job’s working hours, which can be looked at with a secondary addition of payment. To make matters simple, the only two numbers when looking at this perspective is number of hours worked, and wage made per period, which is usually a day.

Students decide to take a job as they feel inclined to begin saving and accumulating money for later in their lives, whether it may be for the purchase of a new car or laptop, or maybe to help cover college expenses, especially considering the rising cost of college tuition these days.

However, most jobs offered to high school students typically only pay the minimum wage, which is $8.38 per hour in New Jersey, if not less. Even if a student works for eight hours a day, he or she can only gain $67 per day before tax deductions.

Partaking in a summer job not only provides a student with minimal income, but it also instills values of responsibility into one’s head. Having a job requires one to be punctual and act formally and sophisticatedly during working hours, and these acts can help students better learn how to act outside of school and give them working experience. A summer job can benefit a student later in his to her life, especially when he or she has a real job of his own, as he or she will be more familiar with proper work etiquette and the massive responsibility that comes with having a job.

During a student’s high school years, he or she may come to better realize the value and responsibility that comes with handling and managing money. So, instead of lounging on the couch or being at the beach for the entirety of the summer, students should learn to become more responsible by working a summer job.