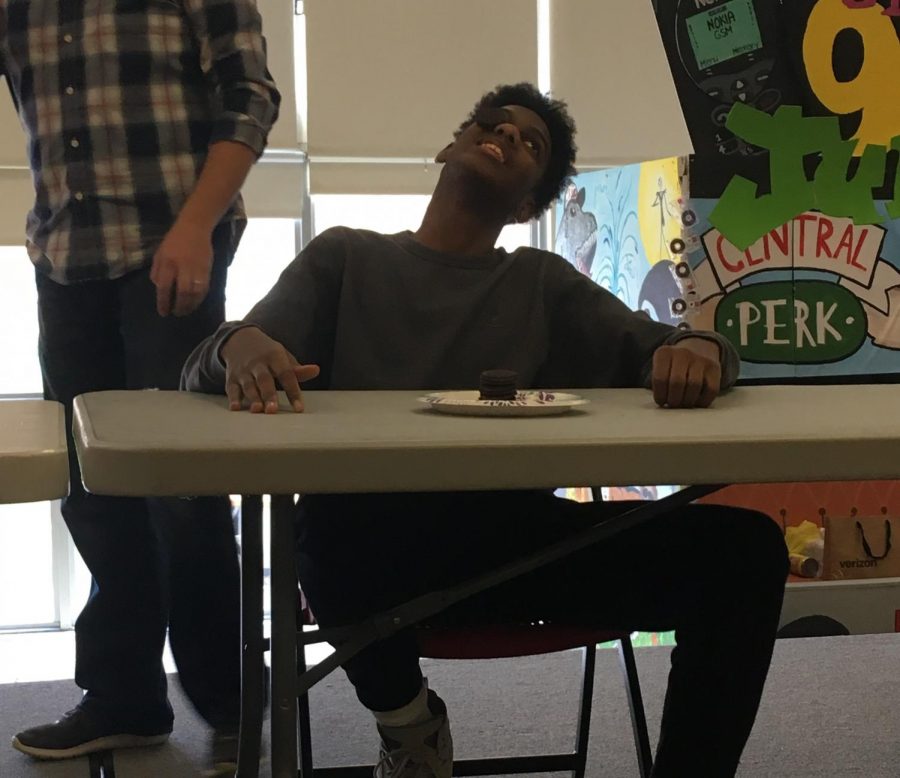 Christian Chuck ('21) represented the sophomore class in the contest.

Spirit Week competitions got even sweeter Friday morning when representatives from each grade level took place in an Oreo-eating contest for points.

The competition took place during Lunch Break Two in Cafeteria One. Kevin Naddeo (’19) represented the senior class, and Lucas Tran (’20) represented the junior class. Meanwhile, Christian Chuck (’21) competed for the sophomore class, as the freshman class seat was filled at the last minute by Arielle Cosenza (’22).

“It was a surprise because I walked in and my sister pulled me up on stage, but I was happy that I was able to win some points for the freshmen,” said Cosenza.

On Mr. CJ Davis’ signal, each contestant placed an Oreo on their head and attempted to work it down into their mouth using only their facial muscles.

“This is about skill,” said Davis.

Each contestant was provided with five Oreo’s in case they dropped any, but only had to succeed in eating one. Buoyed by a crowd of lunchtime admirers, the contest was over in about two minutes. Naddeo won, earning a few points for the senior class. Lucas finished second, Cosenza finished third, and Chuck finished last.