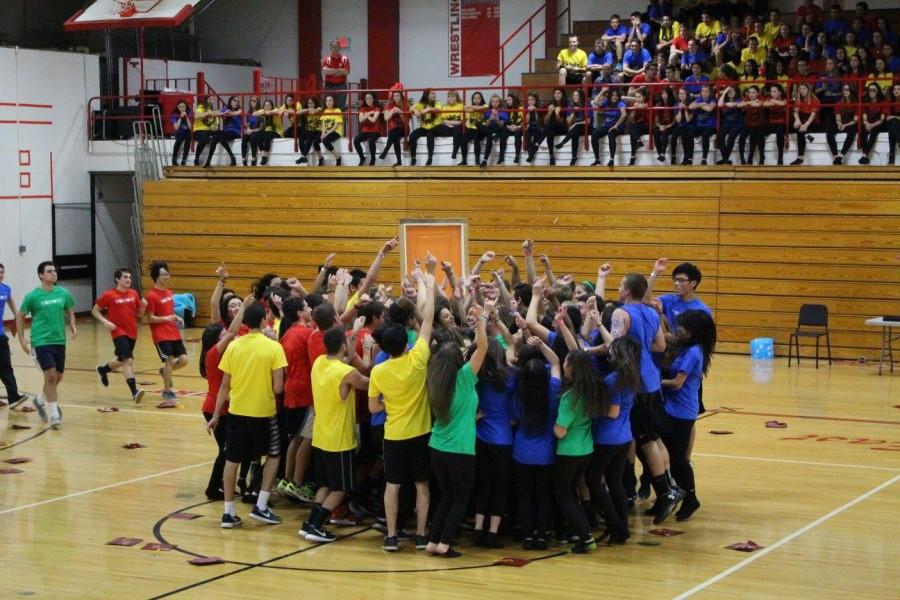 The Cherry Hill East Marching Band then played the “Star Spangled Banner”, as all East students rose to salute the American flag.

Subsequently, the Cherry Hill East cheerleaders decided to display their new variety of stunts, in addition to performing a new dance routine.

The junior and senior girls faced off in a three-round battle of tug-of-war, with an ultimate win by the senior class.

Accordingly, the junior and senior boys competed in a two-round battle of tug-of-war, with another decisive victory for the senior class.

The East Band also performed a number of contemporary musical pieces including “My Songs Know What You Did in the Dark” by Fall Out Boy and “All I Do Is Win” by D.J. Khaled.

A faculty-student game of Musical Chairs was played, in which victory was claimed for the freshman class by faculty member Ms. Cullen.

Initially, going into the Pep Rally, the Junior Class was five points ahead of the Senior Class, after the upset of the junior victory at the Spirit Week Dance Competition. Announced as the winner of Spirit Week at the conclusion of the Pep Rally, the Senior Class was nonetheless, triumphant. The juniors placed firmly second in the contest, followed by the sophomores in third place and the freshmen in fourth place.