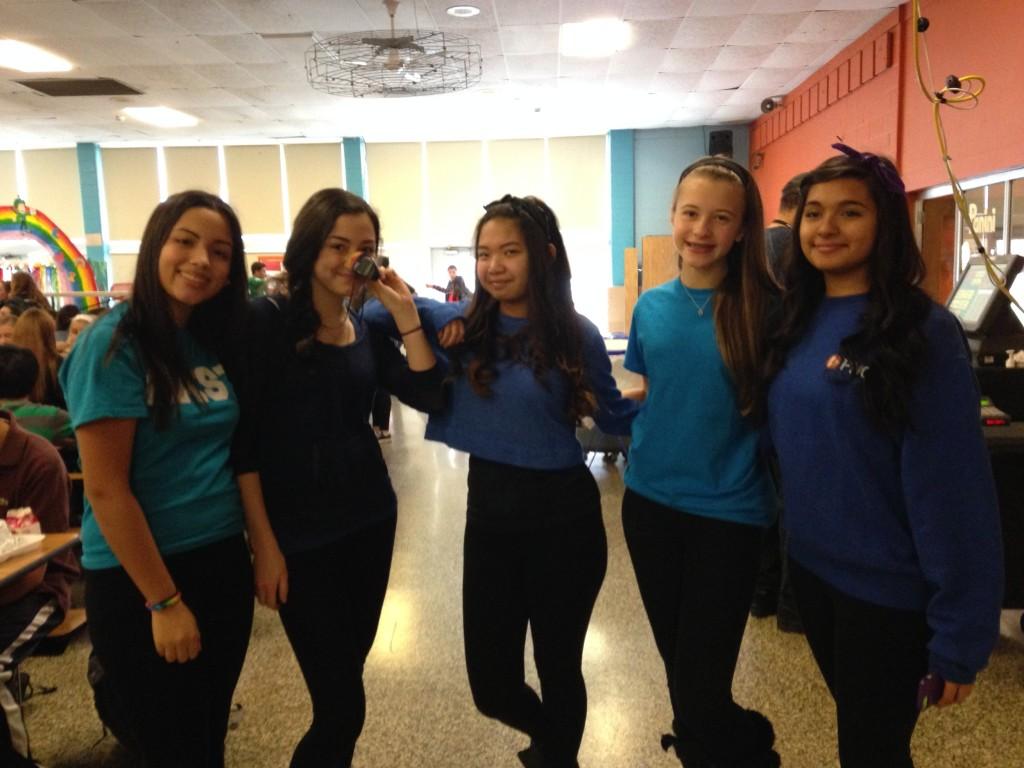 Freshmen dress like Sam the Tucan for Froot Loops.

A sea of green prevailed throughout the halls of Cherry Hill East on Friday, November 22 as the senior class showed their pride. Their theme being Lucky Charms, copious seniors showed up in green apparel to represent the mascot of their chosen cereal and taking first place. Following close behind in second place were the juniors, who all wore sports apparel to bring to life Wheaties cereal. Many girls wore their powderpuff jerseys in preparation for tomorrow’s game. The freshmen took third with their colorful adaptation of Froot Loops. Coming in last were the sophomores who were to exemplify their theme of Honey Nut Cheerios by wearing black and yellow to represent honey bees. At the end of the day, the seniors maintain at the top spot of first place, followed by the juniors in second, the sophomores in third, and the freshmen in fourth.